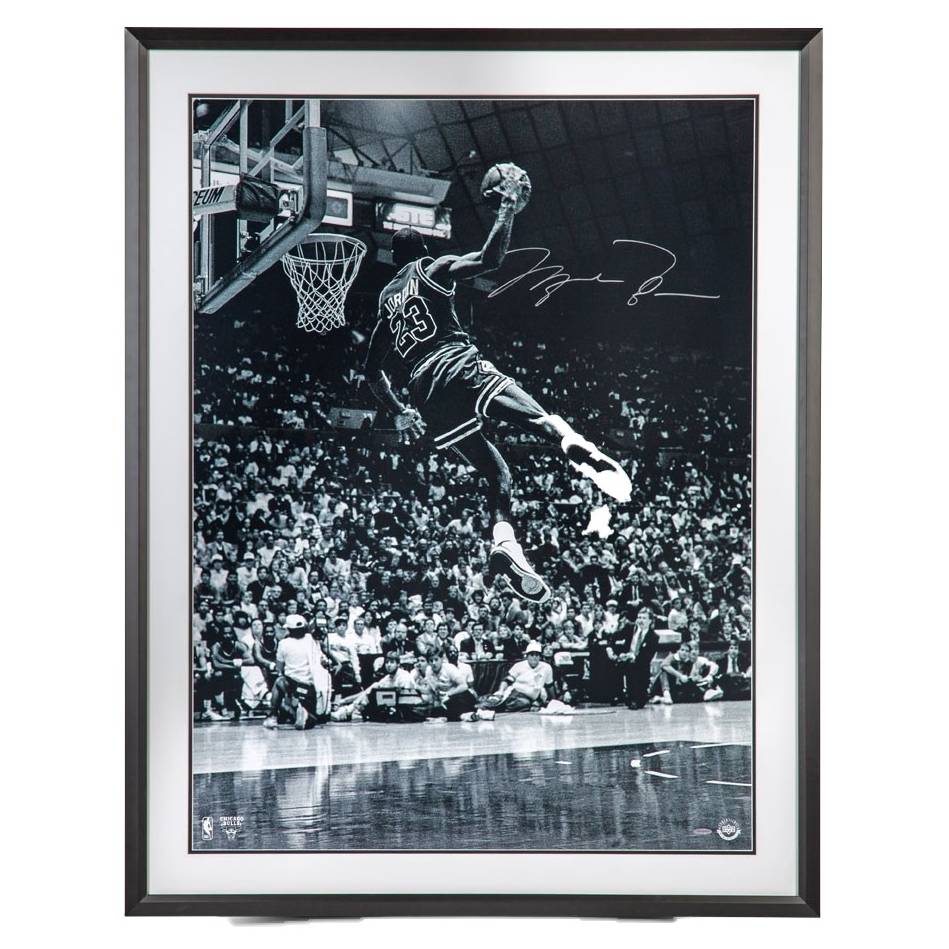 The 1987 Slam Dunk Contest was a legendary competition, with Jordan matching Portland teammates Kersey and Drexler dunk for acrobatic dunk. While Jordan garnered high marks for his cradle dunk as well as his free-throw line jam, the dunk captured in this image was one of his most memorable in the history of the competition. He slid in from the baseline, flew practically sideways and double-pumped and threw it down with one hand for a perfect 50 score to secure his first career Slam Dunk Contest title. He would win again the next year in Chicago to become the first back-to-back winner in history. The high-flying moment of incredible athleticism is captured beautifully in this piece.