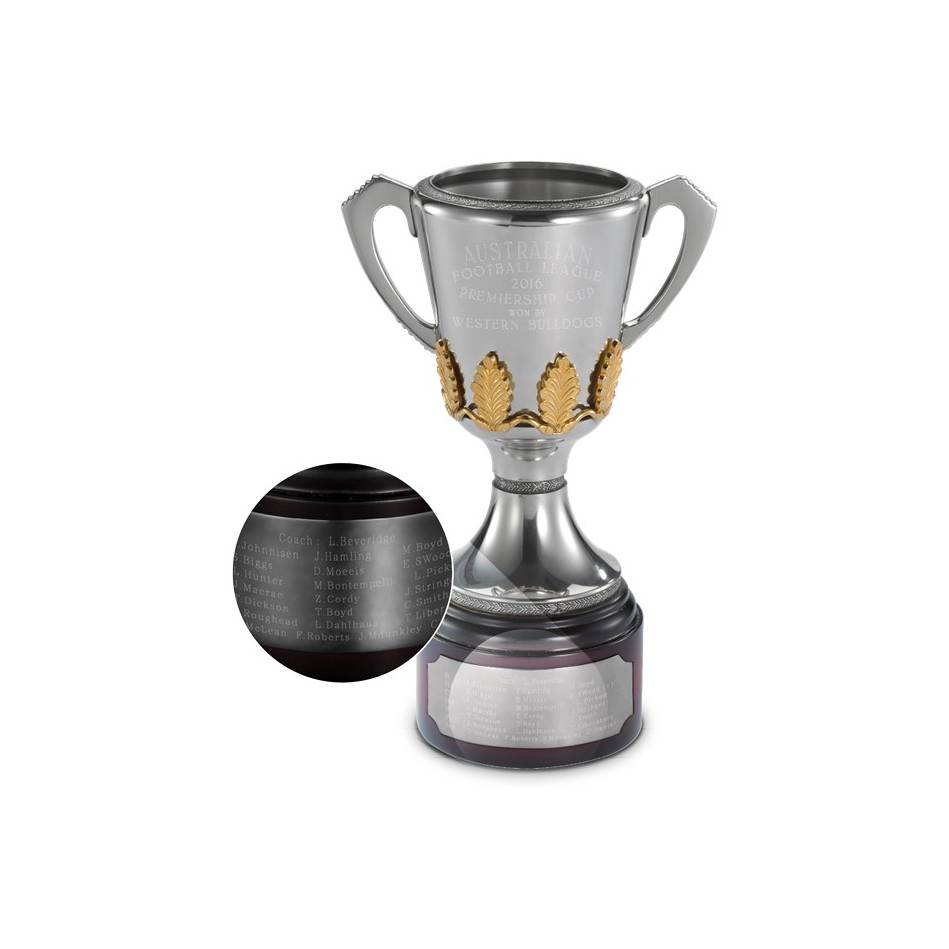 The mighty Hawks have made a habit of dominating decades. From 1983-91, Hawthorn found themselves Premiers of five occasions - none more famous than their epic battle with Geelong in 1989, which saw them hold on by the skin of their teeth. This now legendary Grand Final was ferocious - 'Dippa' battled through a punctured lung, Brereton through broken ribs, and Tuck through split webbing - whilst also highly skillful, as the Hawks survived a record nine Goals From Gary Ablett to scrape through by a solitary goal. In more recent times, Hawthorn irrefutable stamped itself as one of the greatest sides in the games history by clinching a remarkable three-peat against the West Coast Eagles in 2015. The Hawks have a seemingly endless list of memorable Grand Final moments - Official Memorabilia are giving you the chance to relive them all.

Commemorate Hawthorn's Premiership triumphs with a collectable pewter replica of unrivalled heritage and splendour. Each handcrafted Cup is composed predominantly of refined tin, with small proportions of antimony and copper added for strength and durability.