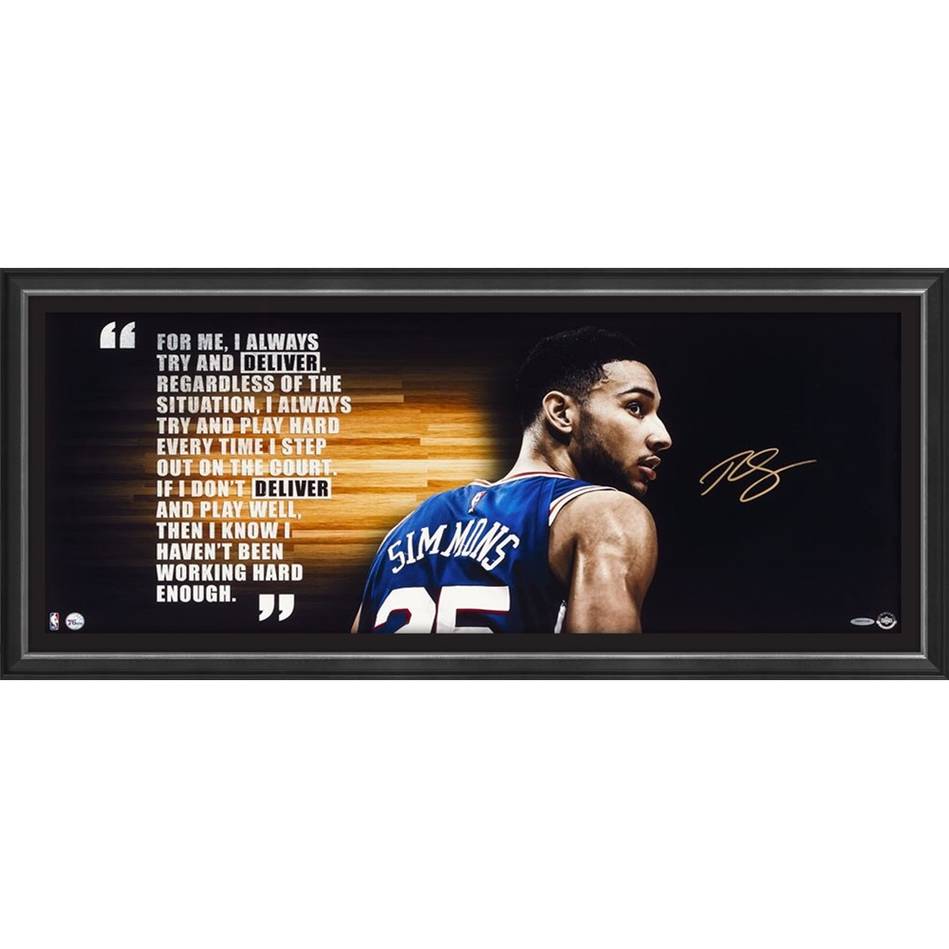 In 2013, Ben Simmons moved from his native Australia to play high school basketball at Montverde Academy in Florida. He had already created a name for himself on the international juniors level as he represented his country in several tournaments. At Montverde he quickly established himself as a playmaker and outstanding all-around player. Before his high school career was done, he would go on to lead Montverde to three straight High School National Tournament championships. He was the Gatorade National Player of the Year as a senior as the No. 1 ranked prospect in the nation in 2015. When asked about his meteoric rise during his first year in the United States, he responded with this quote about his desire to play hard and deliver for his team every time he steps on the court. It’s a mantra that has carried him to great success on the court his entire life.