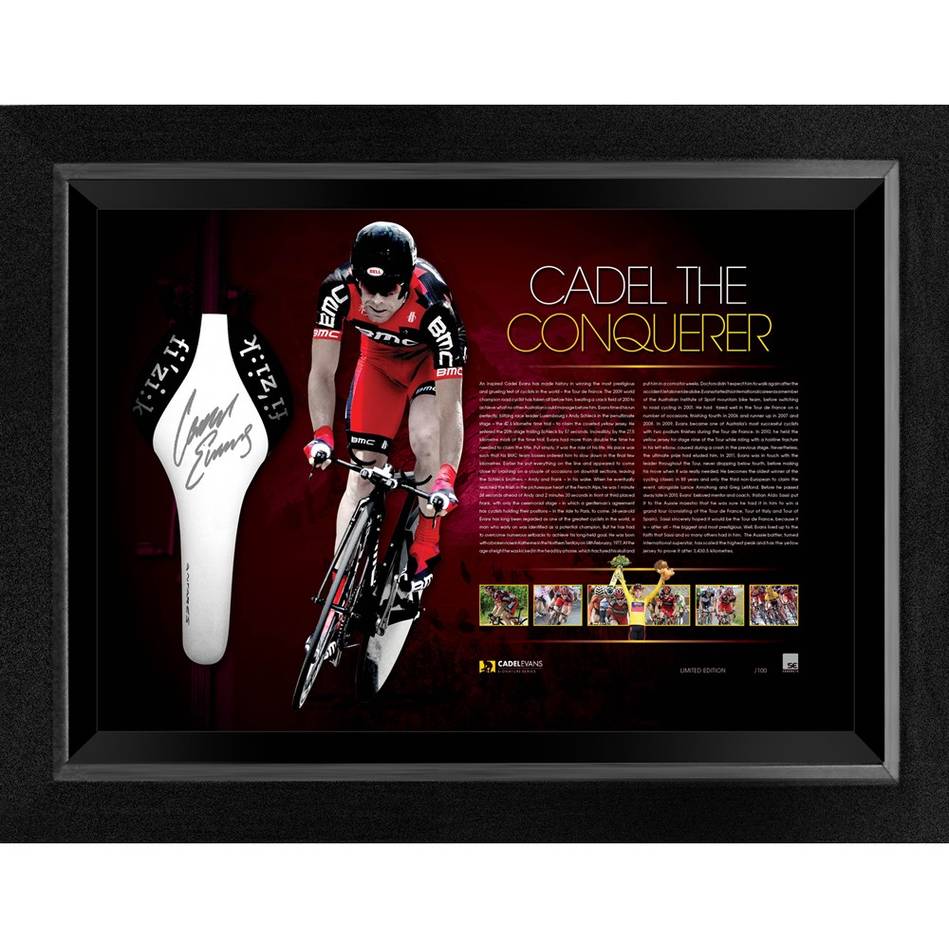 Auctions by Official Memorabilia are proud to offer this incredibly rare opportunity. Available for auction is an Artisan Edition of the Cadel Evans Signed Bike Seat Display, in commemoration of Cadel becoming the first, and only, Australian to win the Tour de France in 2011. Cadel Evans has achieved the ultimate in his sport. Should you need a recap Cadel’s career highlights are as follows: