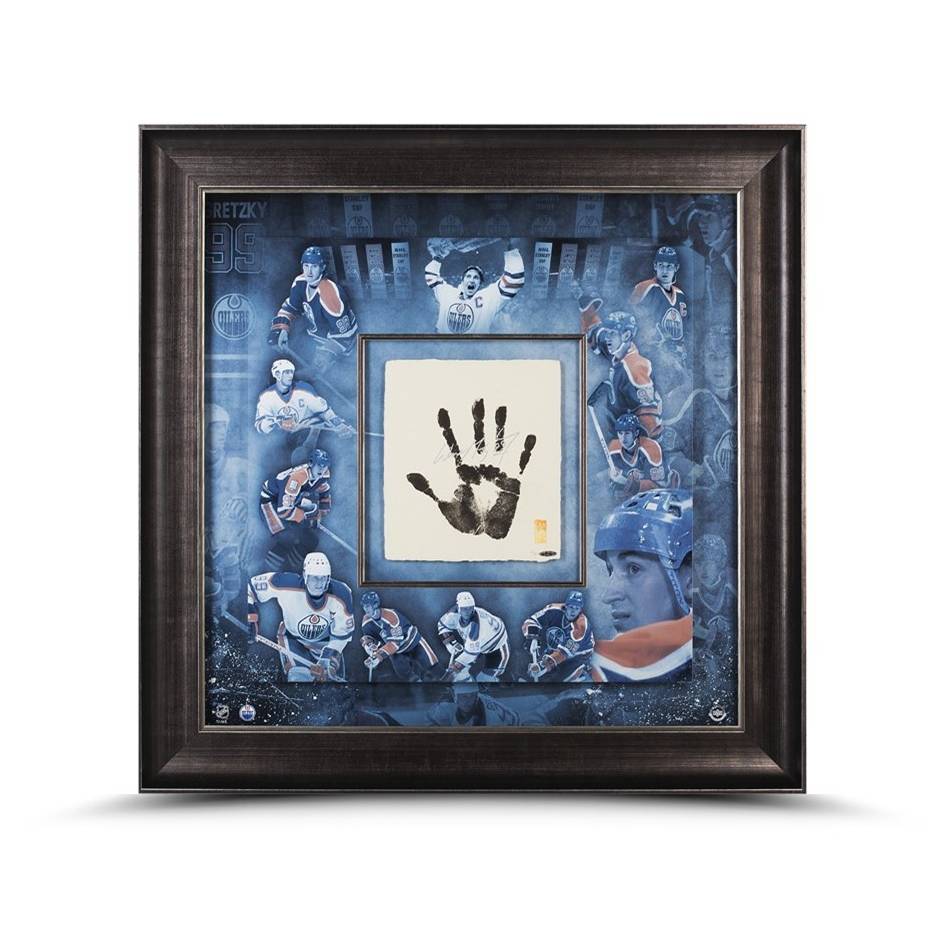 Wayne Gretzky’s NHL playing career spanned 20 seasons, but his greatest seasons came as a member of the Edmonton Oilers. As an Oiler, he was named the NHL’s Hart Memorial Trophy winner as the league MVP 8 seasons in a row and the Art Ross Trophy which is awarded to the league’s top scorer 7 seasons in a row. During a six year span, the franchise won 4 Stanley Cup Championships under the exquisite performance of the ‘Great One’ team captain Wayne Gretzky. In conjunction with Upper Deck Authenticated, Gretzky is now just the fifth athlete ever to be honoured with a unique 'Tegata' memorabilia piece.