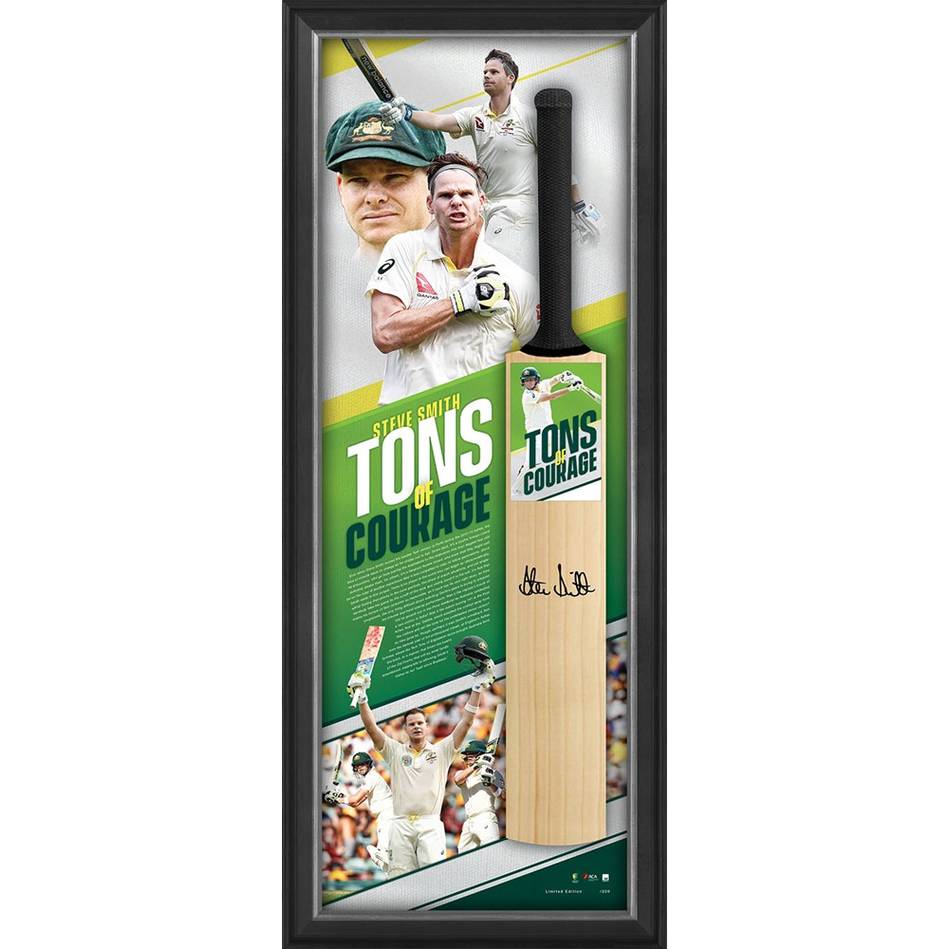 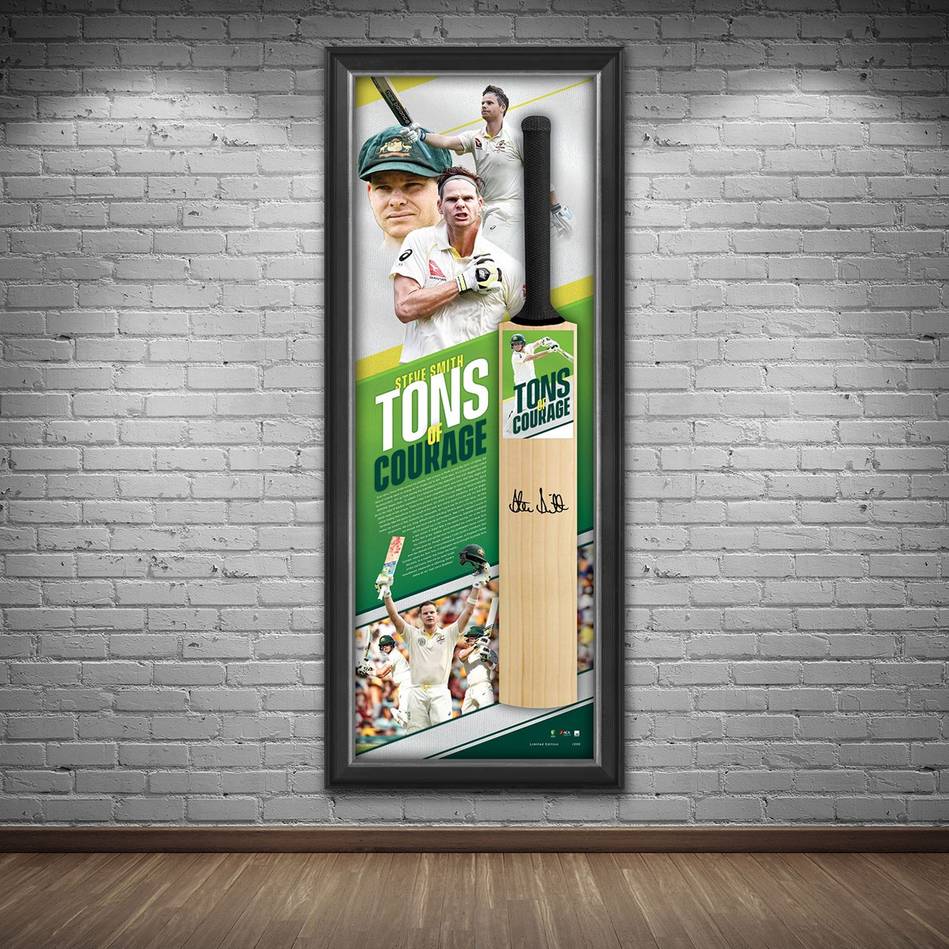 Official Memorabilia, in conjunction with Cricket Australia, are proud to release 'Tons of Courage', a stunning piece paying tribute to Steve Smith’s proud history of leading his Australian Cricket team from the front. Personally signed by Smith, 'Tons of Courage' comes officially licensed and is limited to just 200 editions worldwide. A must have for Aussie cricket fans and astute collectors alike - order now before they sell out!