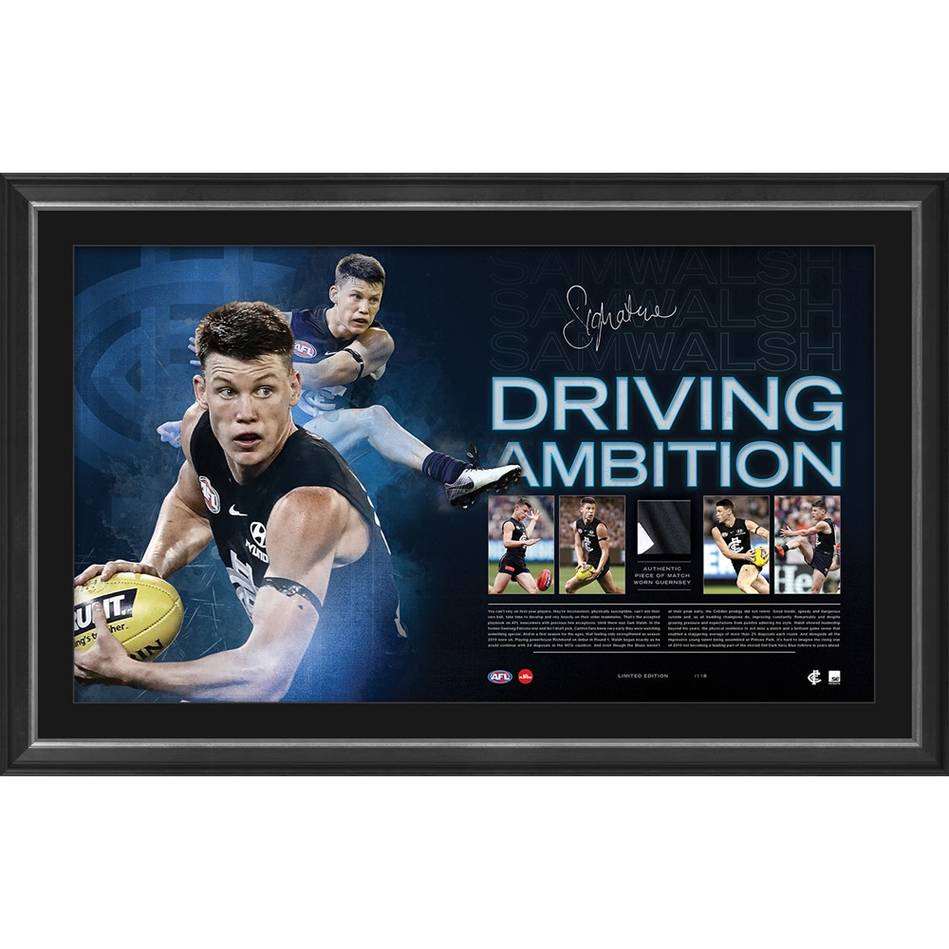 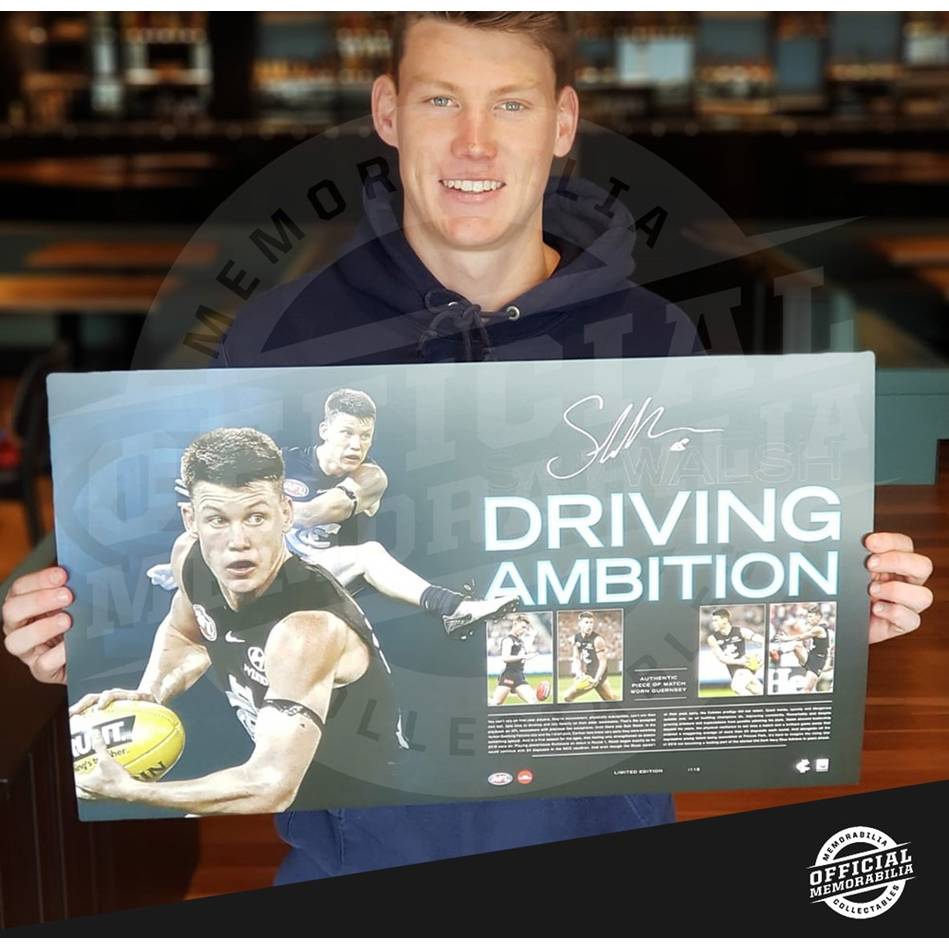 Official Memorabilia, in conjunction with the Carlton Football Club and the AFL, are proud to release 'Driving Ambition'. Personally signed by the Carlton Rising Star Sam Walsh, this magnificent piece is limited to just 118 editions and comes officially licensed and endorsed by the AFL & AFLPA. It’s a must-have for all Blues fans and astute collectors alike – don’t miss out, secure yours before stock runs out!