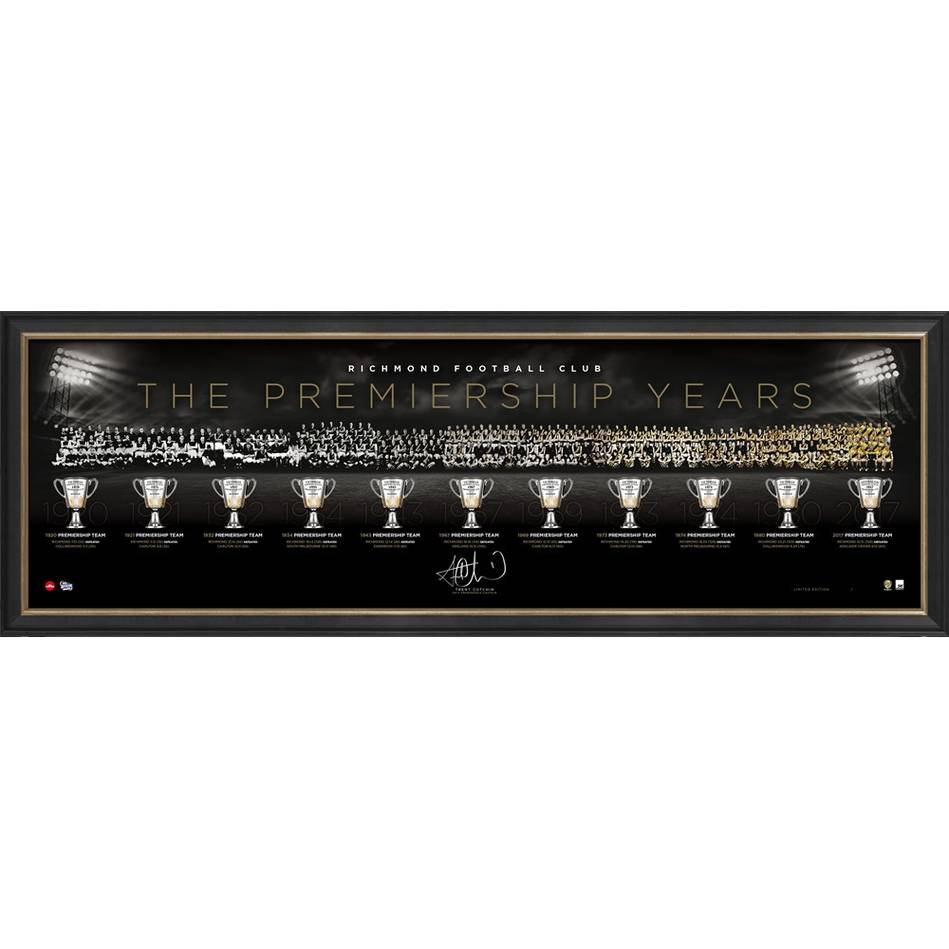 Official Memorabilia, in conjunction with the Richmond Football Club and the AFL, is proud to release ‘The Premiership Years.’ A stunning piece chronicling the Tigers’ history of Premiership glory spanning nearly a century, ‘The Premiership Years’ comes personally signed by skipper Trent Cotchin and is officially licensed and endorsed by the AFL and AFLPA. It’s a must-have for all Tigers fans and astute collectors alike. Don’t miss out – secure your edition before stock runs out! 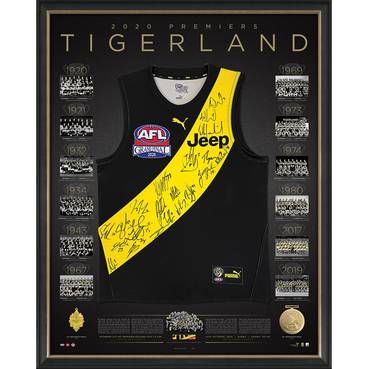 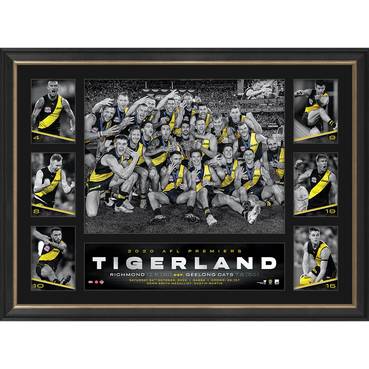