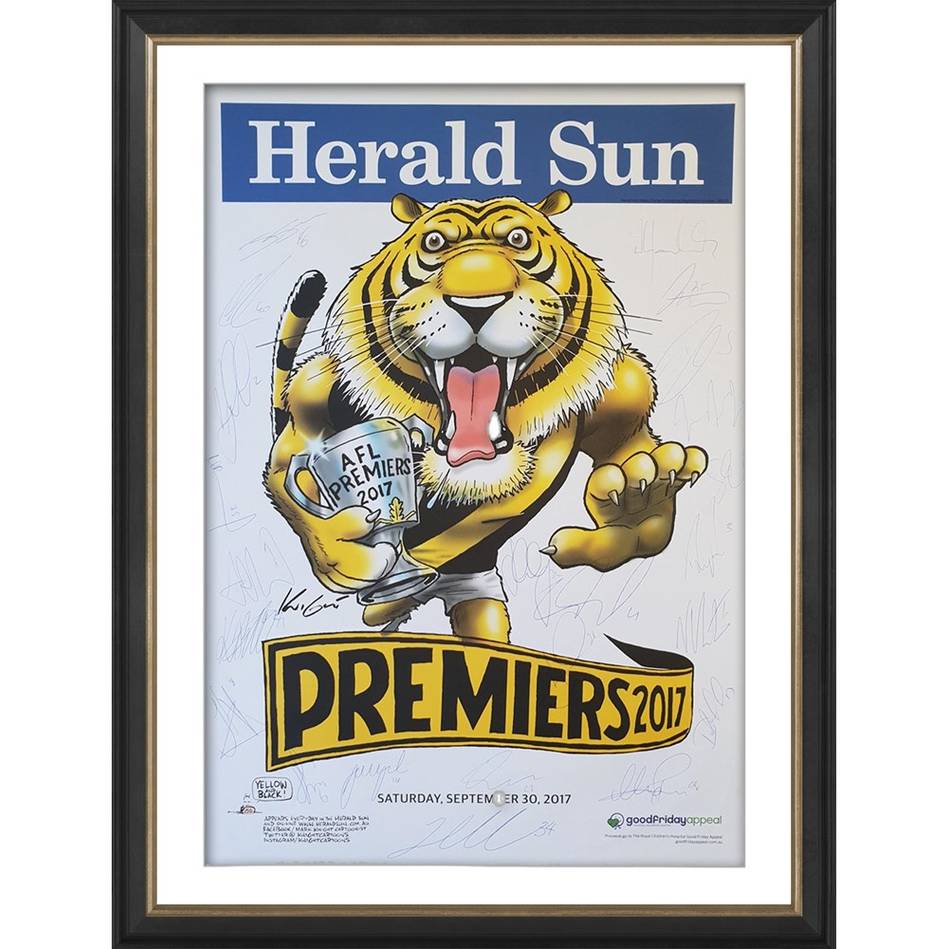 The 2017 AFL Grand Final marked the beginning of the Richmond dynasty and a triumphant performance that left the Tigers faithful sending Punt Road into pandemonium. The Tigers reigned supreme in their eight-goal demolition of the Adelaide Crows, marking the Club’s first Premiership in 37 years. A magnificent team performance was led by stellar displays from Riewoldt, Edwards and Houli but none greater than the infamous Dustin Martin after becoming the first player in VFL/AFL history to win the Brownlow Medal and Norm Smith Medal in the same season. 2017 marks a truly remarkable year that will always hold a special place in the hearts of the Richmond faithful forever.