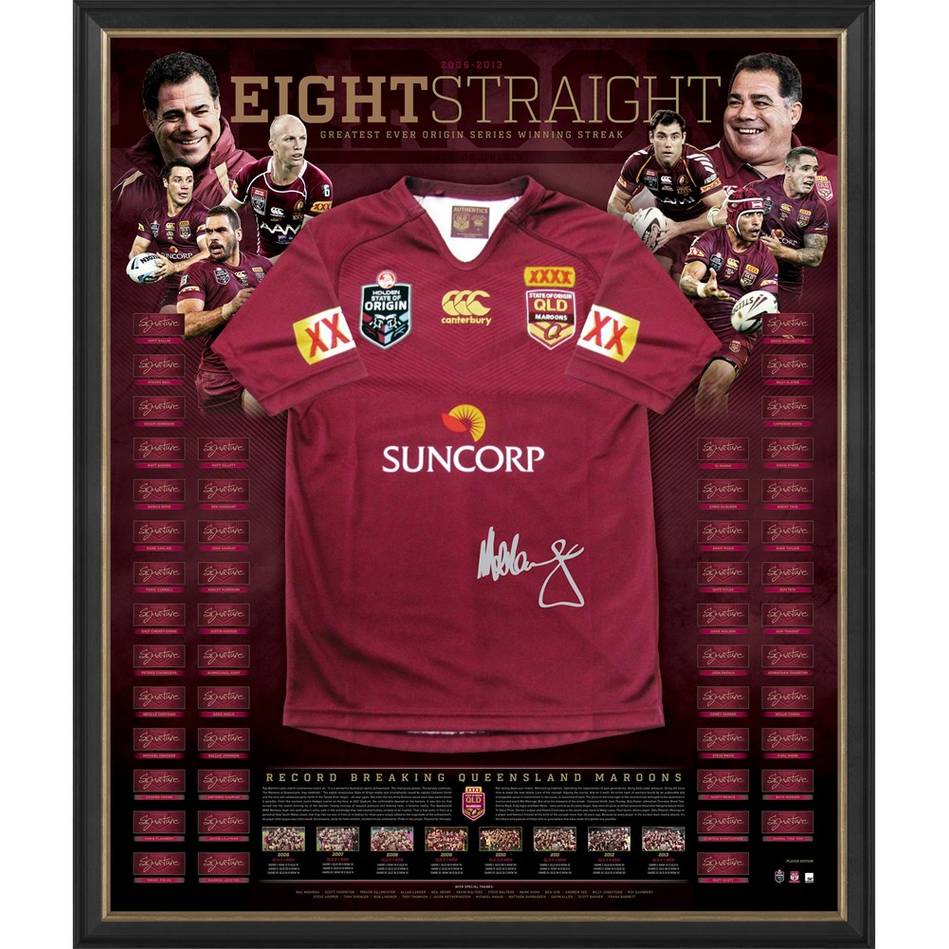 In conjunction with the NRL and QRL, Auctions by Official Memorabilia are proud to offer the Final Artisan Edition of Eight Straight – our first official Artisan Release. This magnificent deluxe jersey display comes personally signed by no less than 49 players – including retiring hero Cam Smith – from the eight consecutive series victories, and comes officially licensed by the NRL for your peace of mind. Strictly limited to just 10 Artisan editions, Eight Straight is a must-have for all Maroons fans and astute collectors alike.

You are bidding on the final edition available