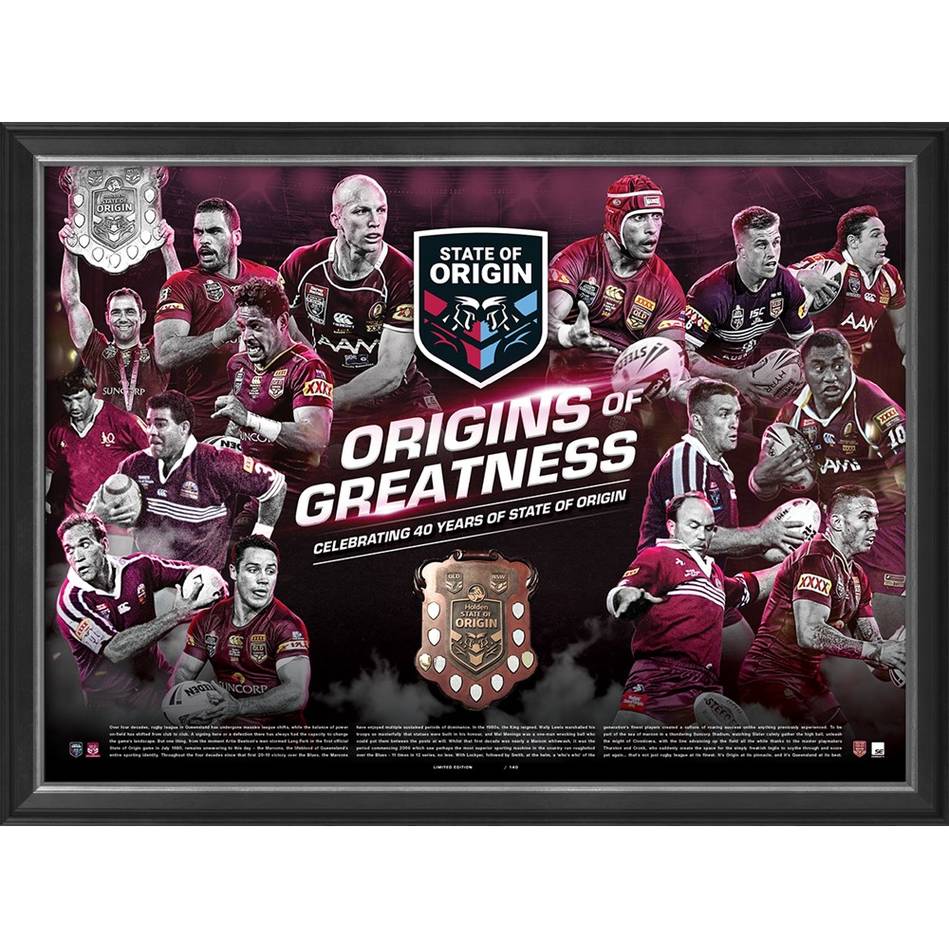 Official Memorabilia, in conjunction with the QRL, are proud to release the Queensland Maroons ‘Origins of Greatness’, celebrating 40 years of Queensland State of Origin history. ‘Origins of Greatness’ is limited to just 140 editions worldwide. Officially licensed and endorsed by the QRL & RLPA for your peace of mind, this won’t last long – act now to avoid missing out on your piece of State of Origin history.