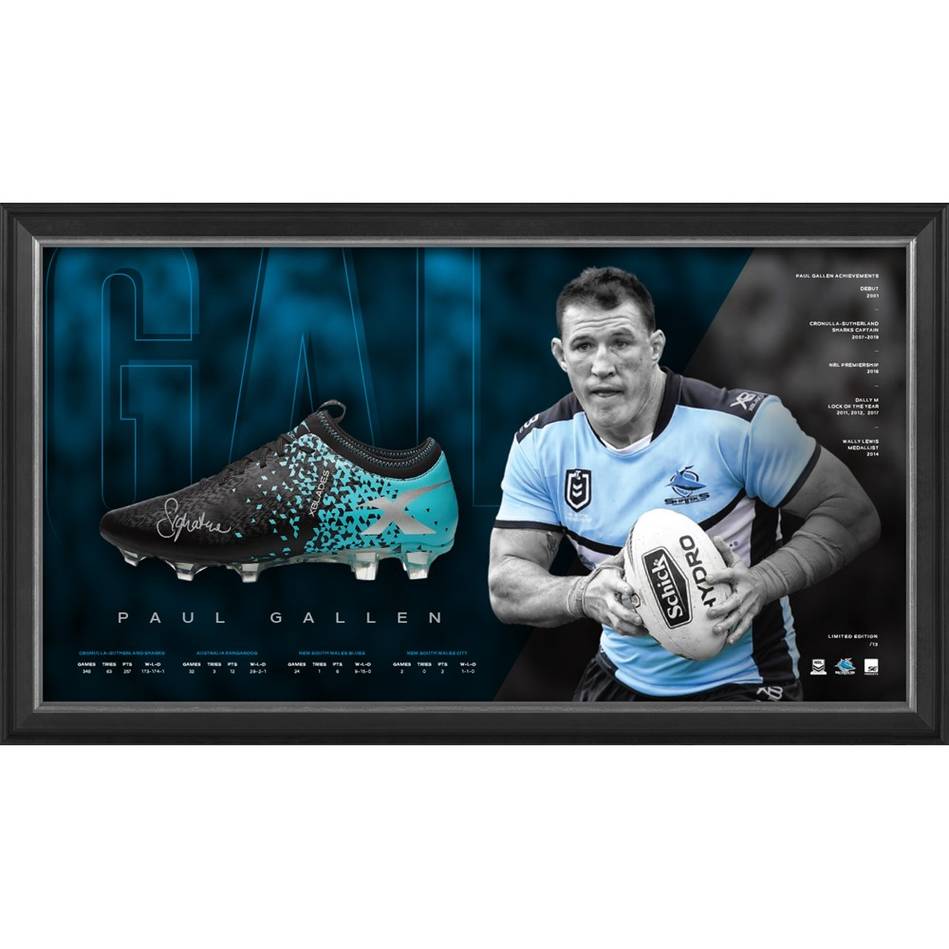 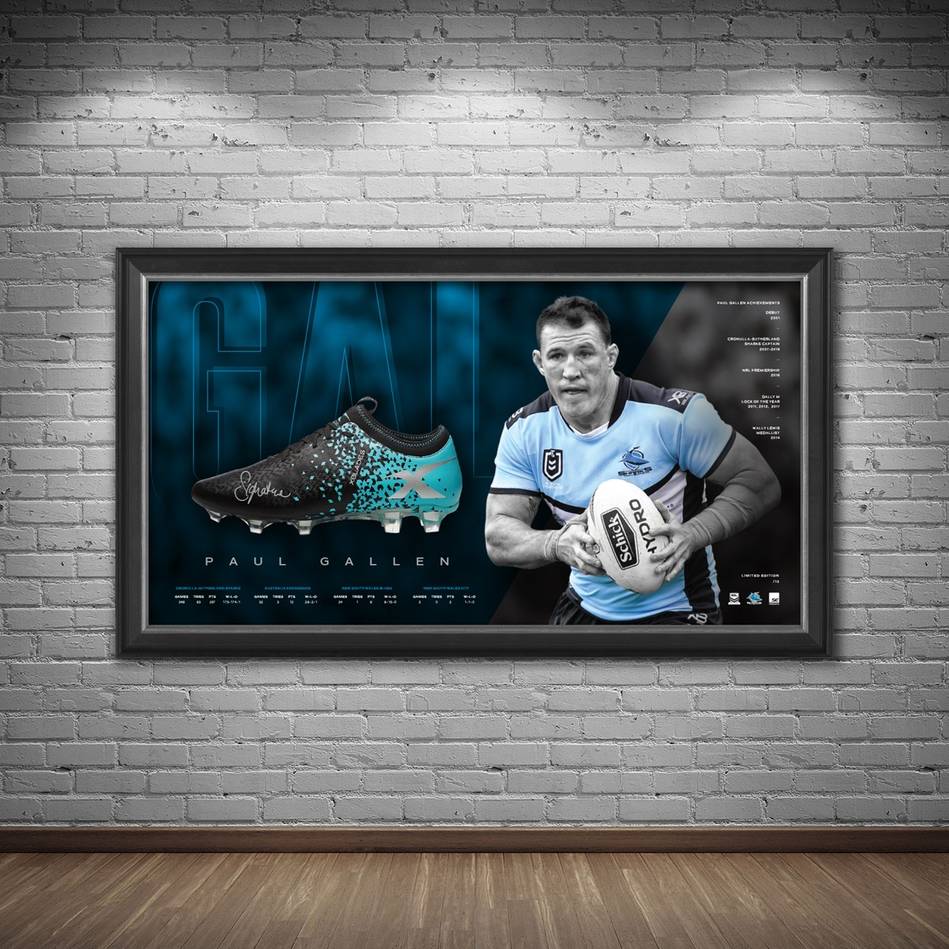 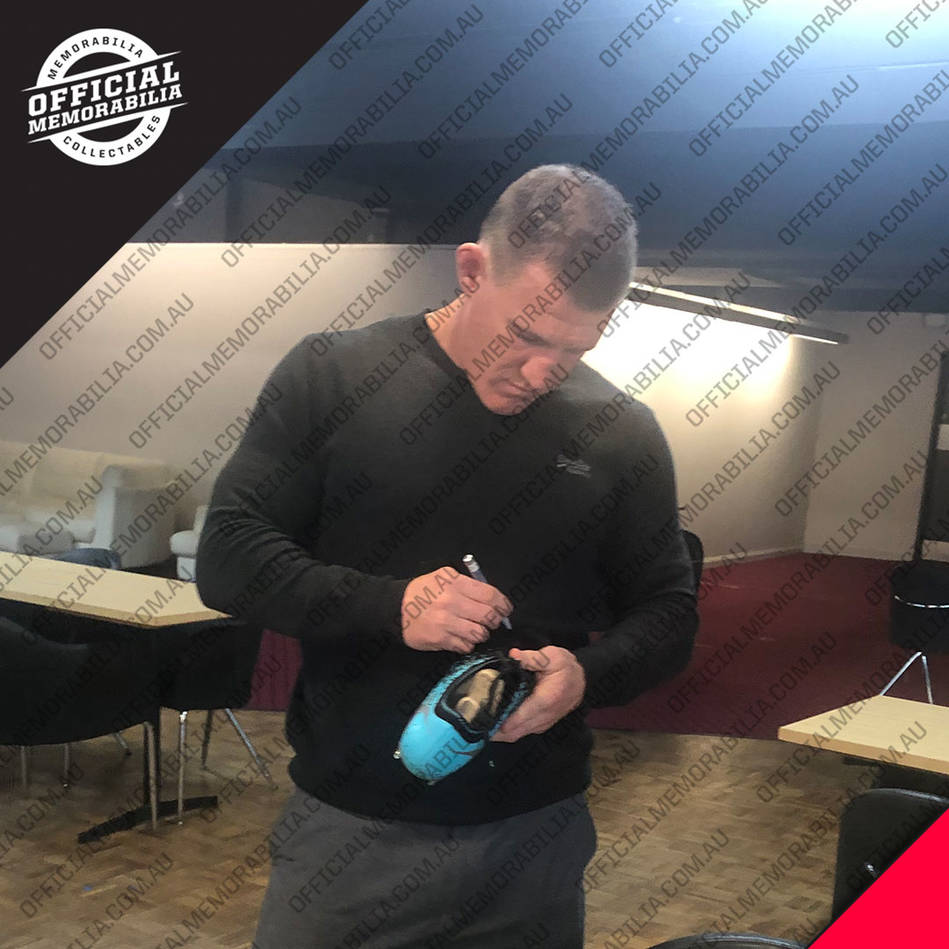 Official Memorabilia, in conjunction with the Cronulla-Sutherland Sharks are proud to release the Paul Gallen Signed Boot Display, paying tribute to the decorated career of Sharks games record-holder and inaugural Premiership captain, Paul Gallen. Limited to just 13 editions, each edition comes personally signed by Gallen and officially licensed and endorsed by the NRL for your peace of mind. This is a must-have for all Sharks fans and astute collectors alike – secure yours now to avoid disappointment.