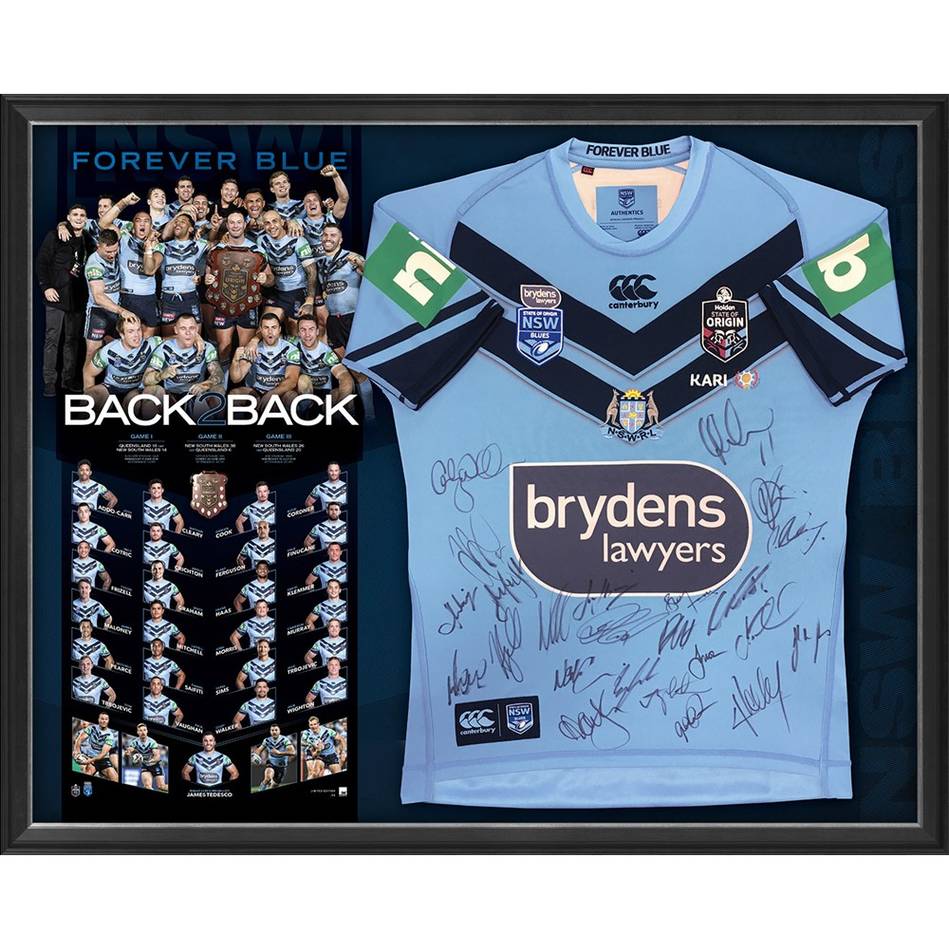 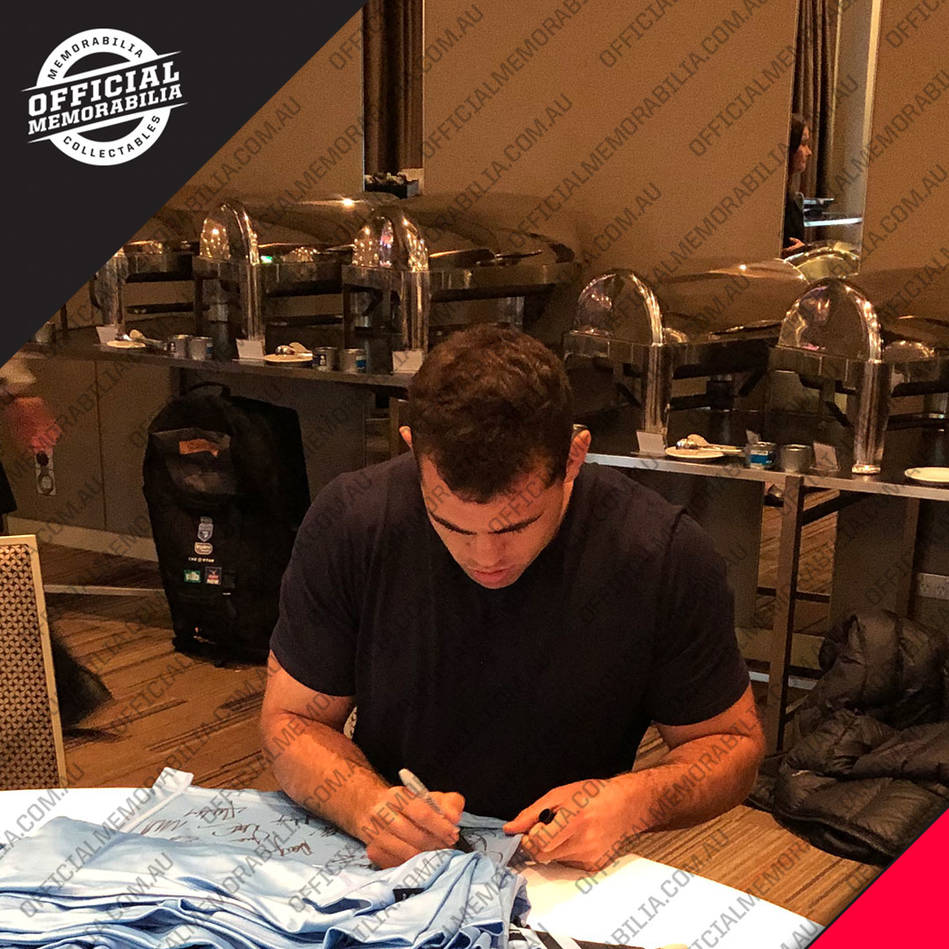 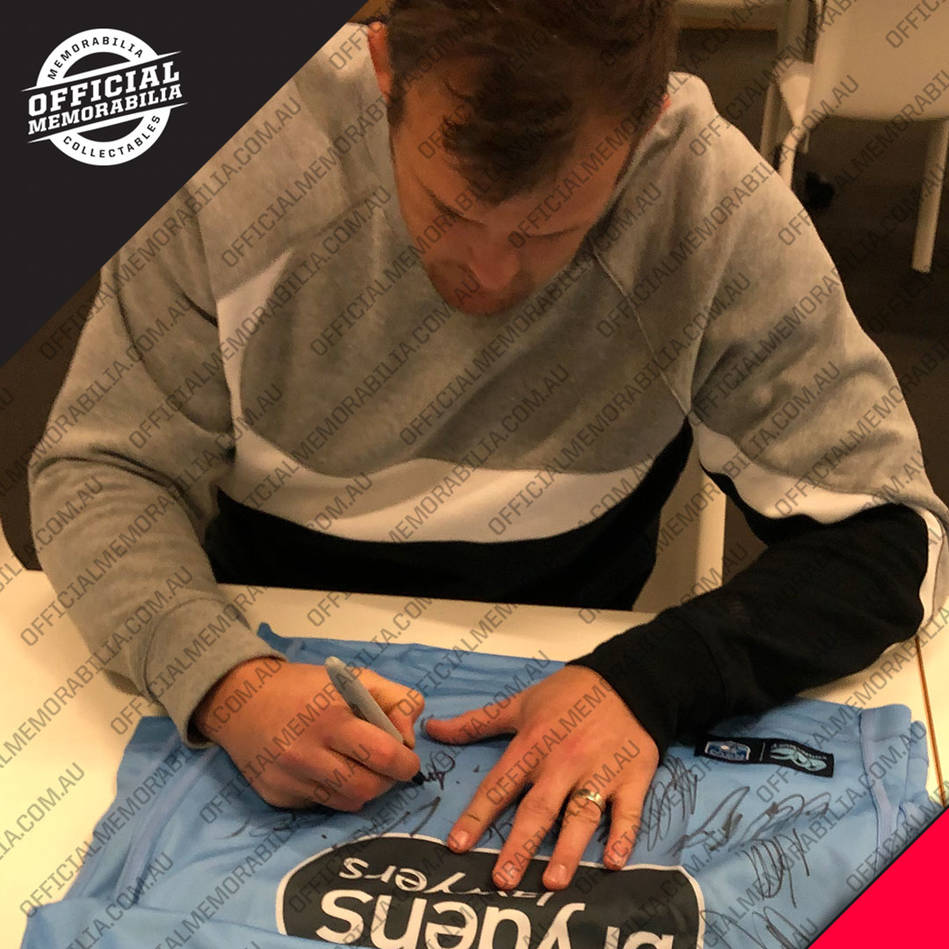 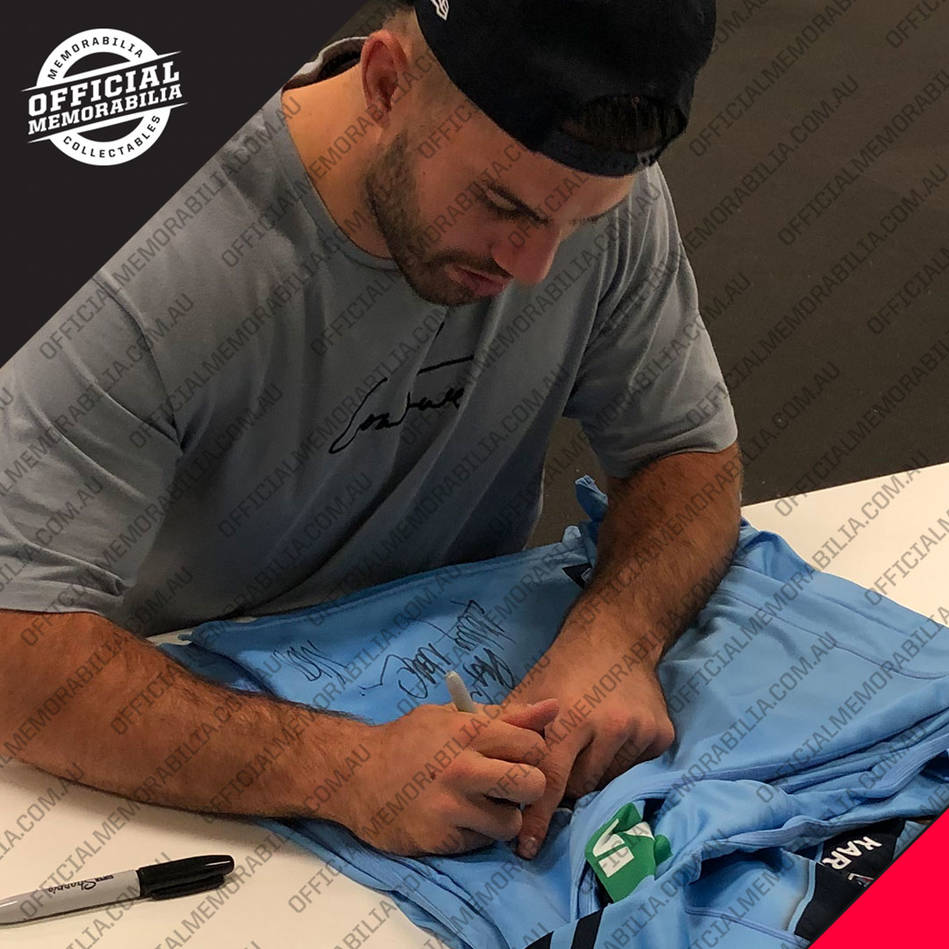 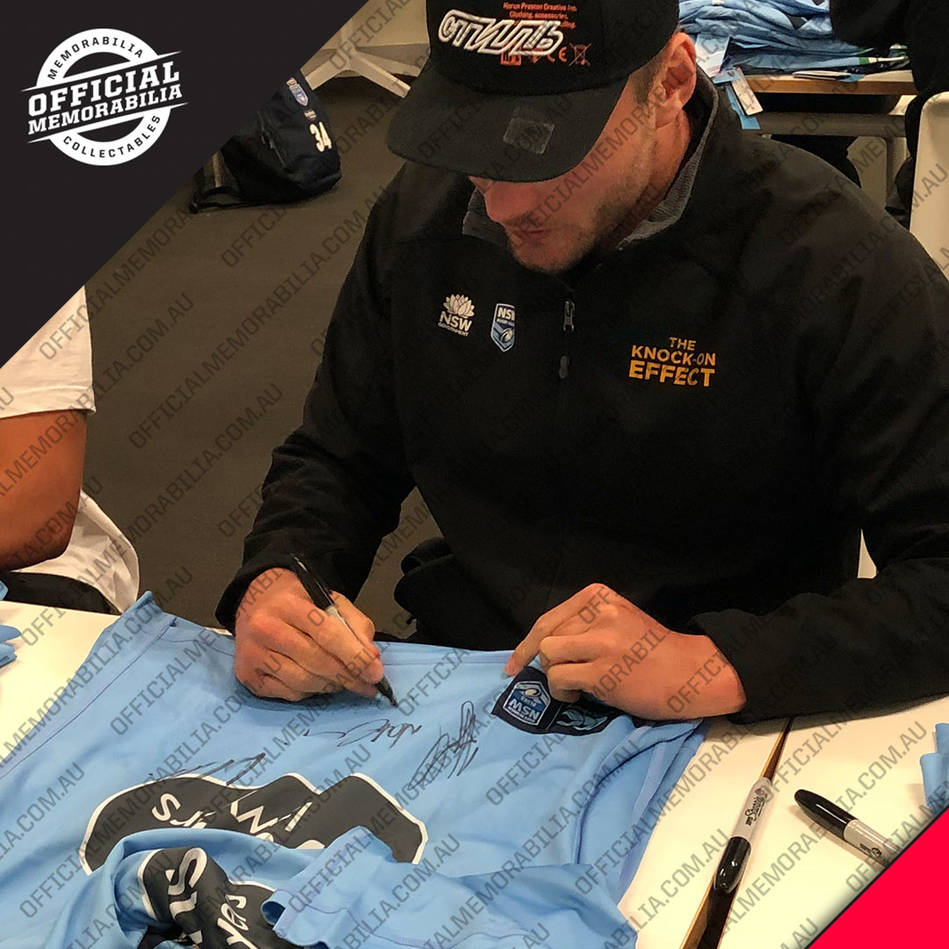 Congratulations to the New South Wales Blues on their 15th series victory in the 2019 Holden State of Origin! What better way to celebrate their first back-to-back series wins in 14 years! Official Memorabilia, in conjunction with the NSWRL and the National Rugby League, is proud to release ‘Back 2 Back’, the 2019 Holden State of Origin New South Wales Blues Success Jersey. Personally signed by the Blues' Origin-winning squad, officially licensed by the NRL and independently authenticated, ‘Back 2 Back’ is strictly limited to just 50 editions worldwide. Products of this caliber typically sell out in less than 24 hours, so secure yours now to avoid disappointment!