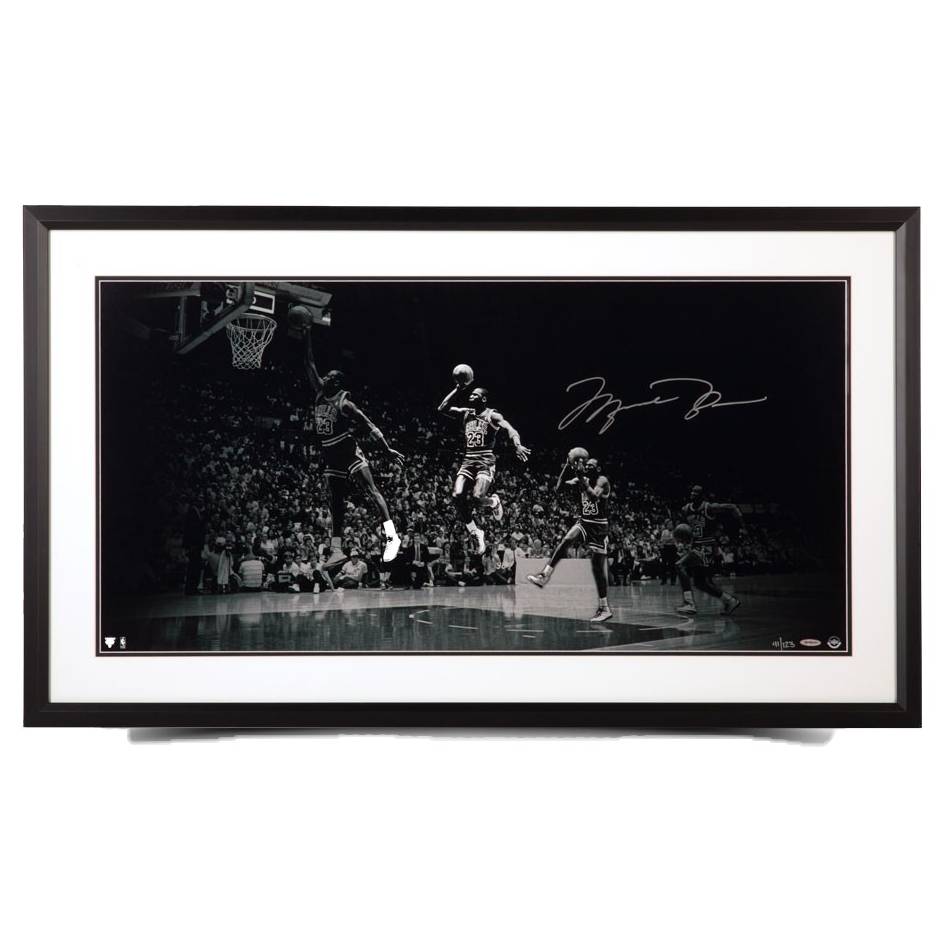 The free throw line dunk had been attempted in competition before 1987’s Slam Dunk Contest, most notably by Dr. J. But it hadn’t been perfected until Michael Jordan did it in Seattle. Air Jordan came to be on a global scale when MJ took off from the free throw line and finished this dunk strongly in a move that eventually won him the first of back-to-back Slam Dunk Contest titles. This designed sequence image is stunningly captured in black and white here, immortalising one of MJ's most iconic moments.