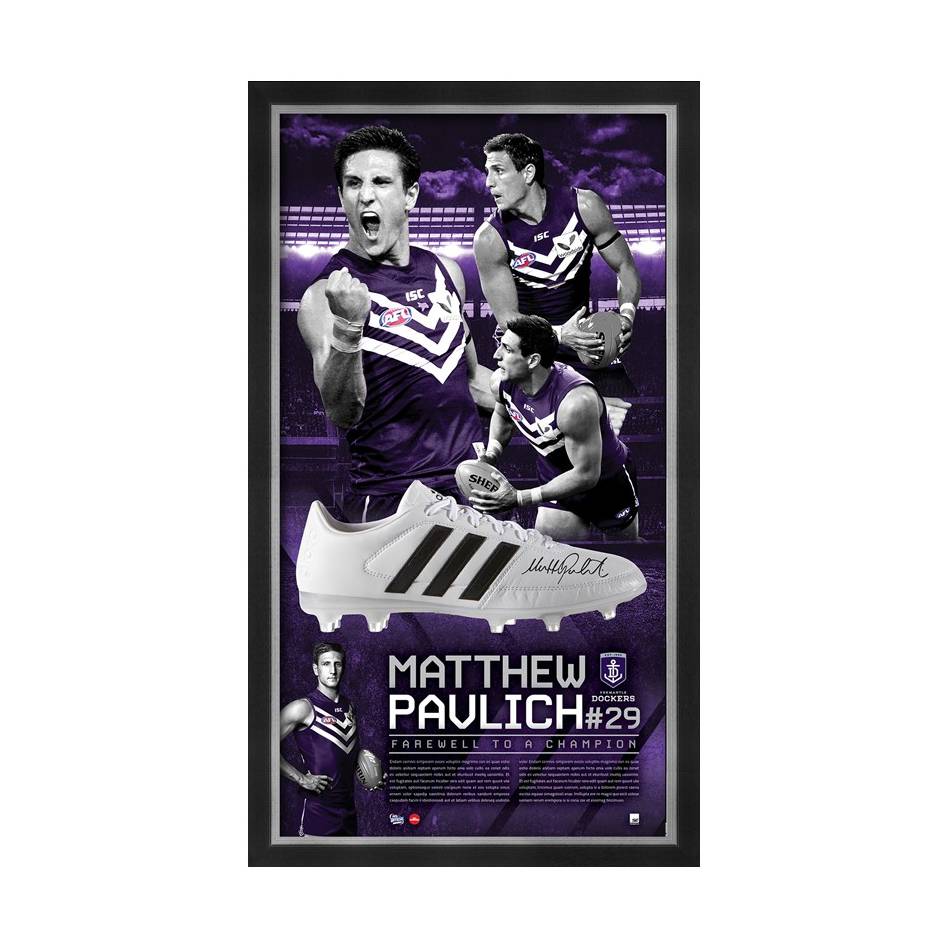 ‘FAREWELL TO A CHAMPION’ pays tribute to Fremantle’s most decorated player in its 22-year history, Matthew Pavlich. Widely revered for his unique combination of size, skill, and agility, there is no doubting that ‘The Pav’ was one of the modern era’s best all-round players. Featuring six All-Australian berth’s over, Pav’s mammoth 353-game career led the Dockers to levels of success unbeknown to the club – leaving a lasting legacy in his wake.