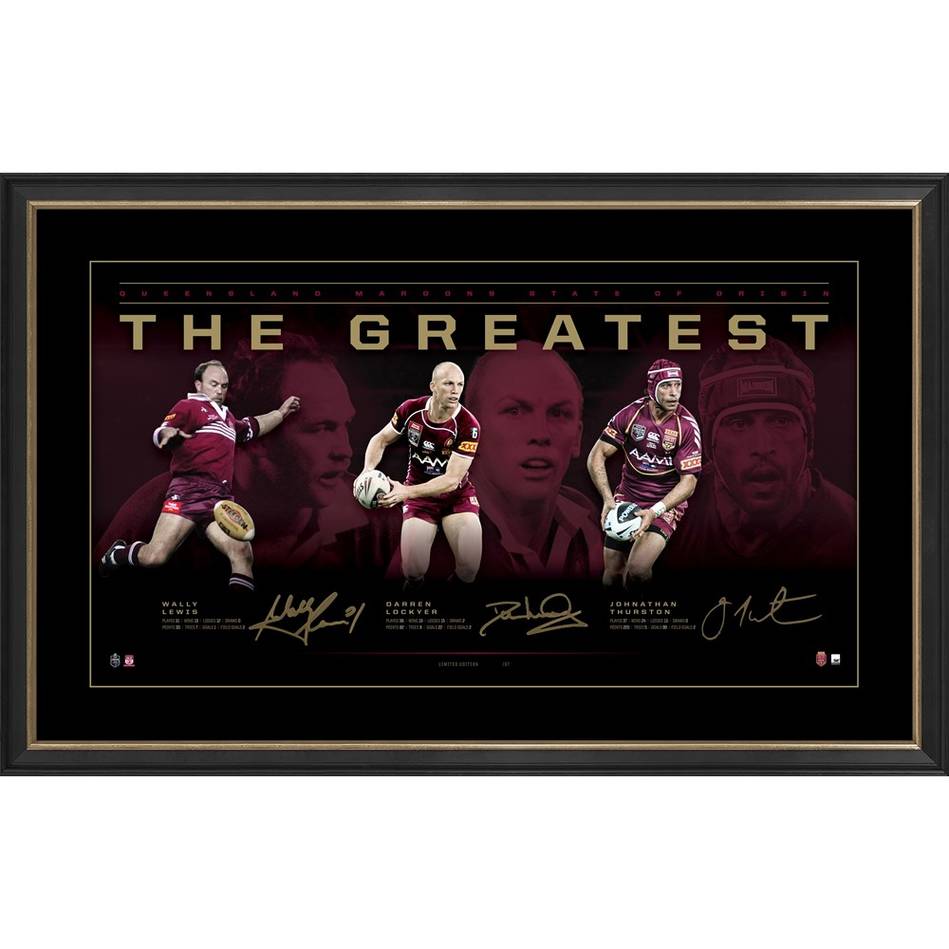 Official Memorabilia, in conjunction with the NRL, are proud to release ‘The Greatest - Artisan Collection’, a stunning tribute to three legendary Maroons who have represented the Number 6 jersey with distinction throughout Queensland’s rich Origin history. This Artisan Release is strictly limited to just 25 editions worldwide, coming personally signed by Wally Lewis, Darren Lockyer and Johnathan Thurston. This limited quantity won’t last – secure yours now to avoid missing out on your piece of rugby league history.