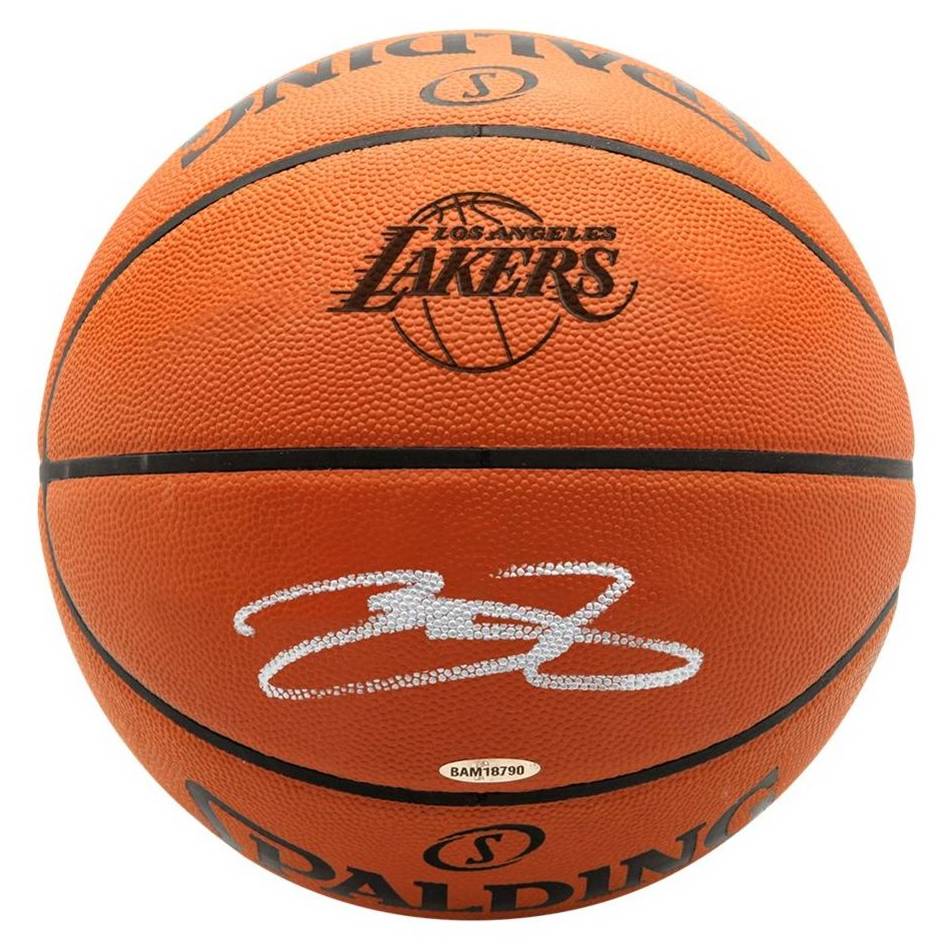 While some players peak and gradually come down from consistent All-Star status, LeBron James has been pushing toward greatness since day one. There is seemingly no peak for King James. Having played 15 seasons in the NBA and winning three NBA Finals championships in two different cities, he set out to accomplish his goals in Los Angeles when he joined the Lakers to begin the 2018-19 season. One of the best in the history of basketball joining one of the most storied franchises in sports history has set up a union that few could have predicted years ago.

Upper Deck Authenticated®
Autograph forgeries make victims out of unsuspecting fans. In 1992, Upper Deck Authenticated® became the first company to find an answer to the forgery problem by creating an airtight five-step authentication process that assures fans are getting genuine autographs. Today the company has autograph relationships with many of the game's biggest stars and produces some of the finest sports memorabilia in the North American market, and Ultimate Sports Memorabilia is proud to extend access to Australia’s astute and discerning memorabilia community.