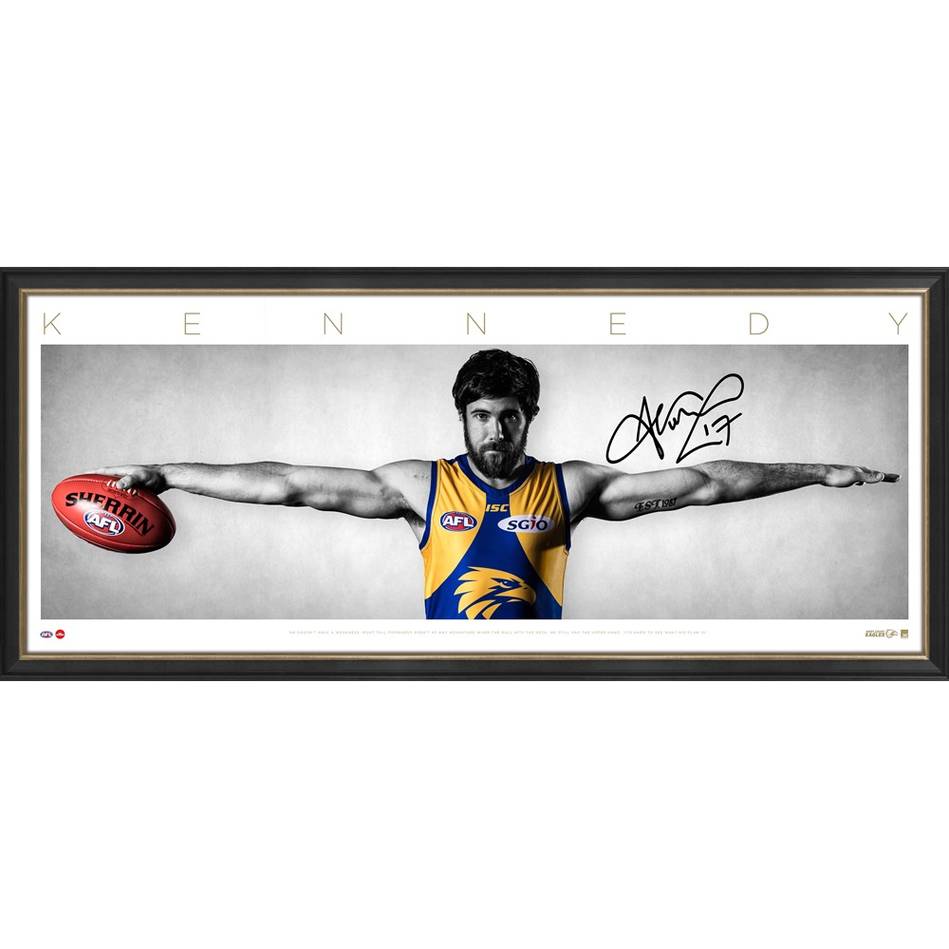 Josh Kennedy has quickly become the heart and soul of this young West Coast Eagles outfit. Using a combination of supremely accurate goal kicking – highlighted by an extremely unorthodox runup – and his ability to pluck huge pack marks to evolve into one of the most fearsome forwards in the competition. Couple this with surpassing club great Peter Sumich to become the Eagles' all-time leader goal kicker, his six club leading goal-kicker awards and his three All-Australian selections, you can see why Kennedy is so greatly admired by the West Coast Eagles faithful.

Official Memorabilia, in conjunction with the West Coast Eagles and the AFL, are proud to release the Josh Kennedy Signed Wings. Personally signed by Dual-Coleman Medallist and Eagles superstar Josh Kennedy, each edition comes officially licensed and endorsed by the AFL & AFLPA. It’s a must-have for all Eagles fans and astute collectors alike – don’t miss out, secure your edition before stock runs out!