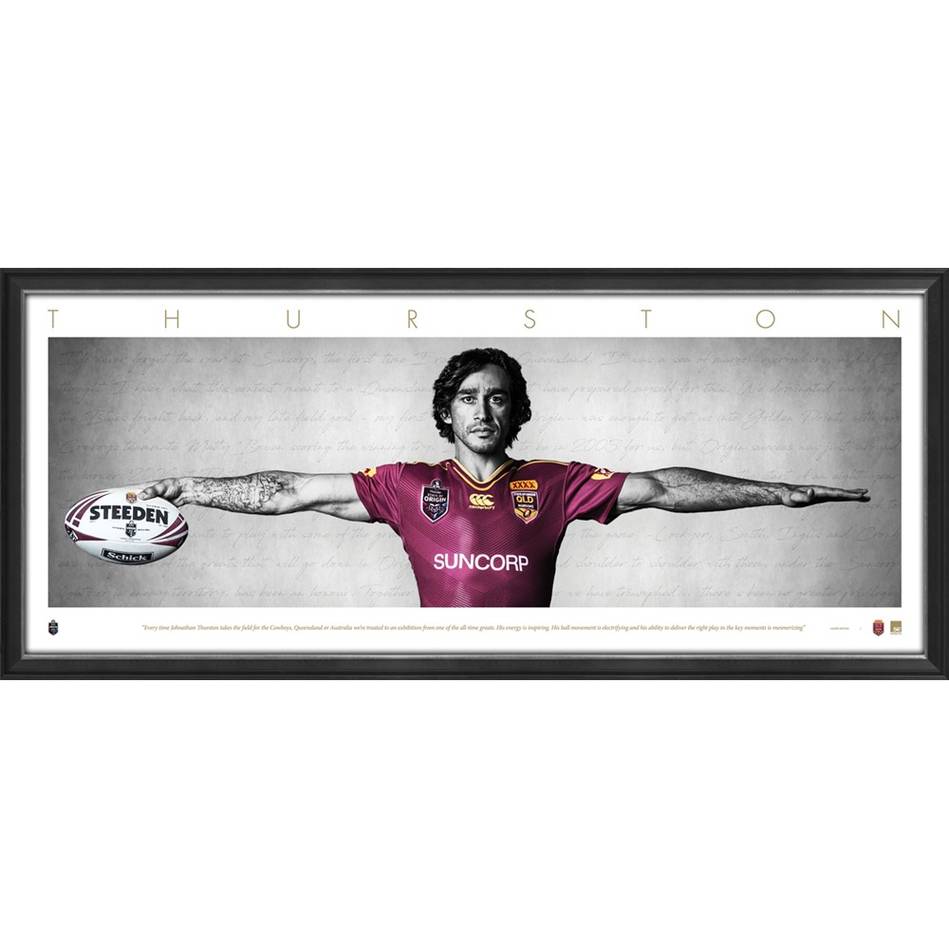 “I’ll never forget the roar at Suncorp, the first time I ran out for Queensland. It was a sea of maroon everywhere, and if I thought I knew what this contest meant to a Queenslander, I couldn’t have prepared myself for this. We dominated early but the Blues fought back, and my late field goal – my first ever point in Origin – was enough to get us into Golden Point, with my Cowboys teammate Matty Bowen scoring the winning try. It wasn’t to be in 2005 for us, but Origin success was just around the corner. 2006 at Telstra Dome saw us just ten minutes from series defeat but a historic comeback was the start of an eight-year streak of Maroon Magnificence. For eight long years the Blues threw everything at us but we absorbed it all… and gave it back to ‘em. I’ve been fortunate to play with some of the greatest Queenslanders to play the game – Lockyer, Smith, Inglis and Cronk are among some of the greats that will go down in Origin History and to stand shoulder to shoulder with them, under the Suncorp lights or in enemy territory, has been an honour. Together we have fought, together we have triumphed… there’s been no greater privilege.”

Official Memorabilia, in conjunction with the QRL & NRL, is proud to release ‘WINGS’ - a tribute to the stunning State of Origin career of Maroons genius Johnathan Thurston.