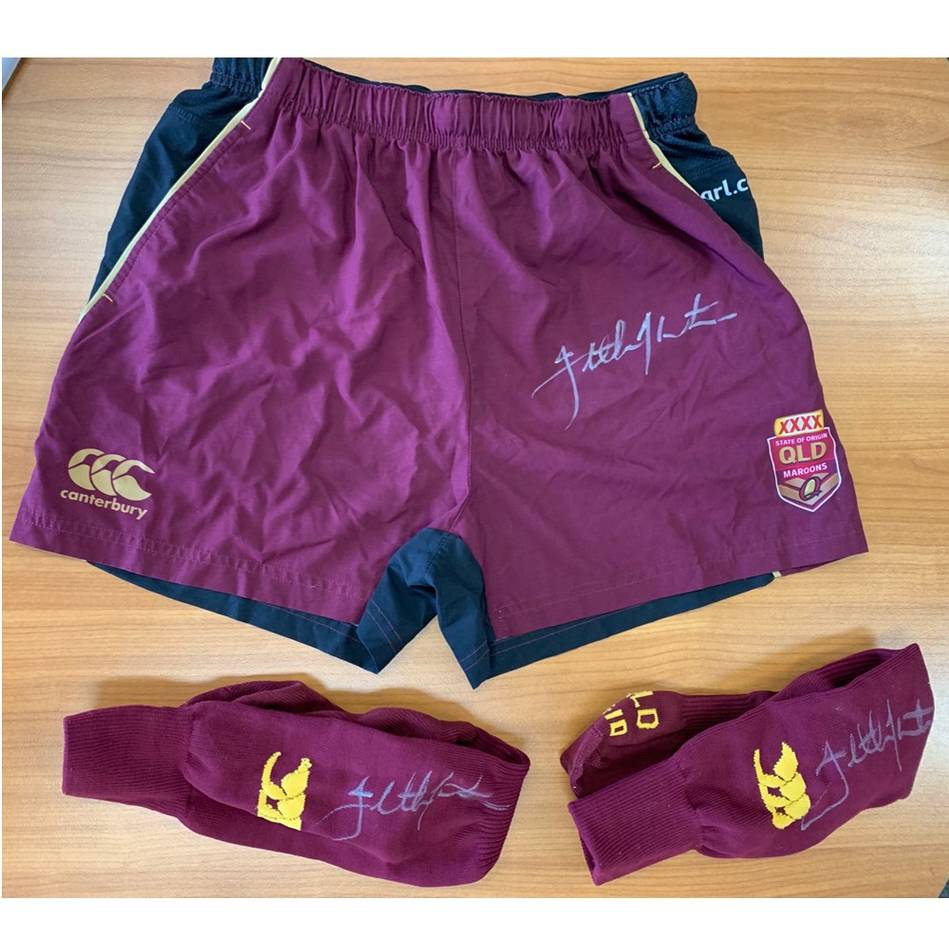 He did it again…. Battered, bruised, but not broken, the man who so often has delivered for his state stood alone, in the 78th minute, in front of more than 80,000 screaming fans on the turf of ANZ Stadium. A miss meant likely Golden Point and a chance of series defeat. A conversion meant not just a win, but resurrection, for the Maroons. If ever there was a man made for situations like these, it would be Johnathan Thurston. The try is converted. Queensland win. They would go to Suncorp, where to win the series and the resurrection becomes redemption. Sadly that game would be JT’s last for the might Maroons and these shorts and socks, each personally signed by JT was part of his kit bag for his last origin appearance.