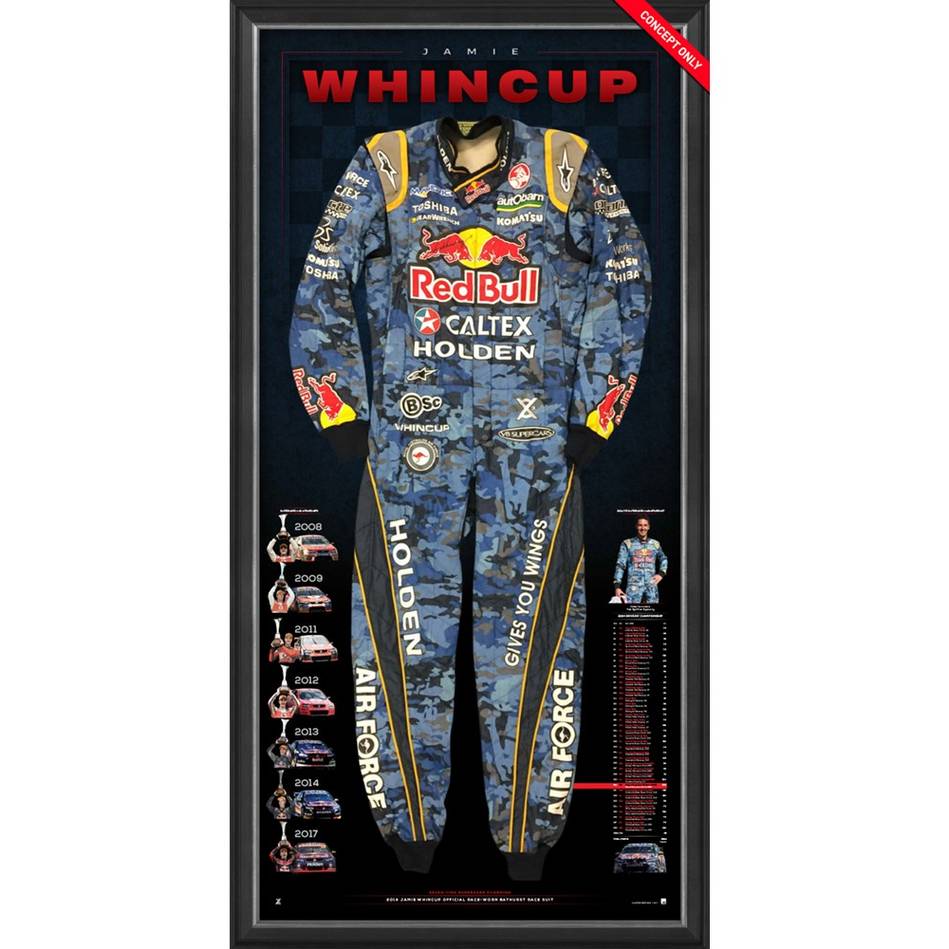 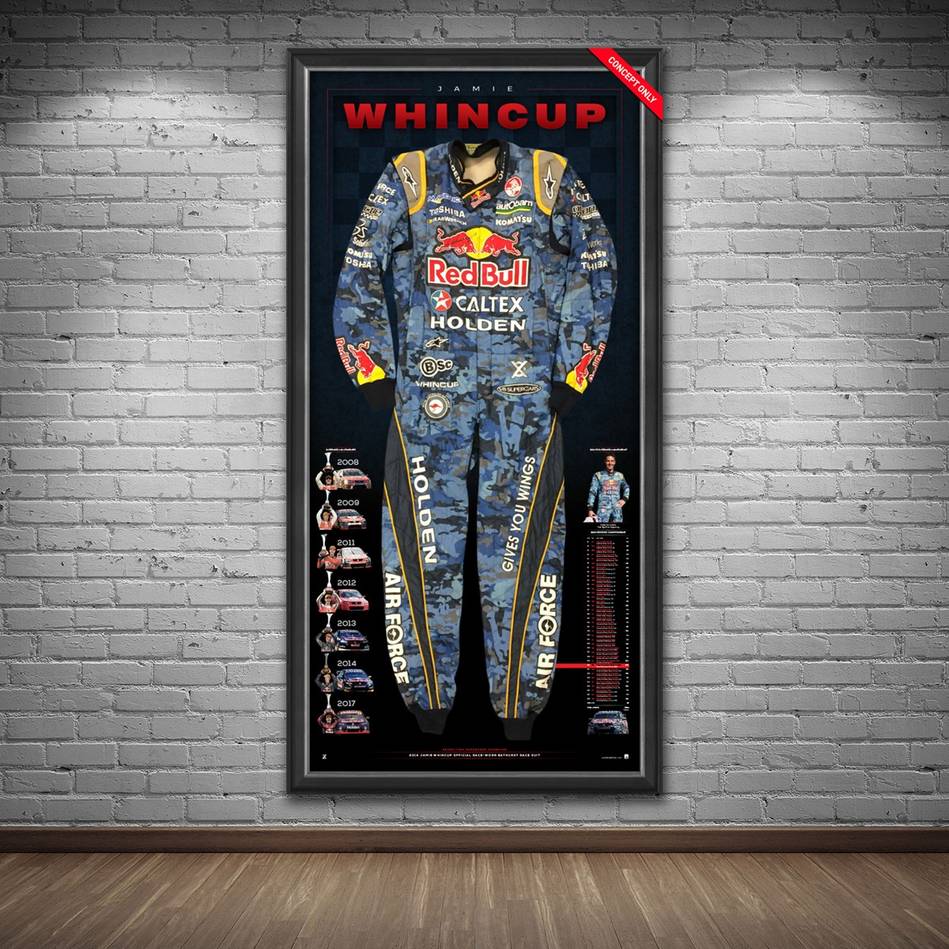 Winning multiple V8 Supercars Championships is a truly impressive accomplishment – winning six, is the stuff of legends. At the young age of just 31, Jamie Whincup secured his sixth Championship in 2014, catapulting him into rarefied air. From his 38 races in 2014, Whincup finished every one of them and went on to compile one of the best individual seasons in history, recording 14 wins, 20 podiums, 29 top five finishes and 34 top 10 finishes. 2014 marked Whincup’s fourth consecutive Championship, and his sixth in seven years – a truly remarkable feat that encapsulated his incredible consistency and sheer determination to win.

All frames are constructed using deluxe timber moulding which has been carved from high-quality timber, sourced from environmentally friendly, FSC-accredited suppliers.