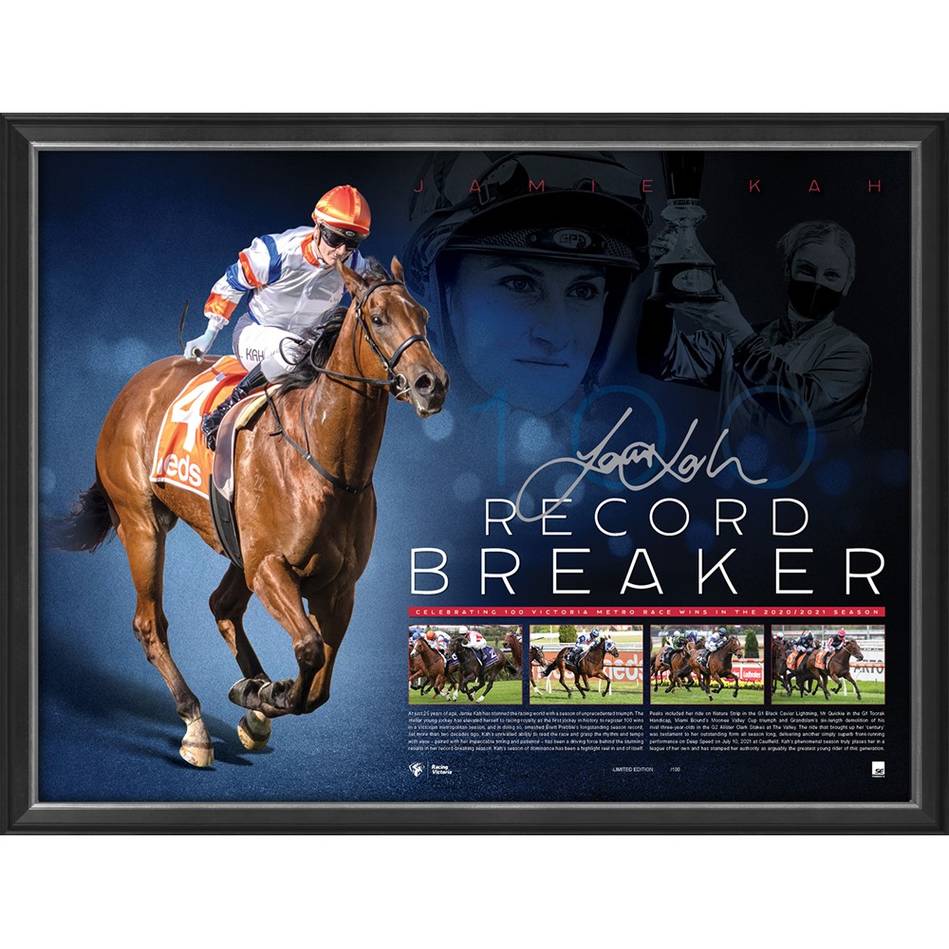 At just 25 years of age, Jamie Kah has stunned the racing world with a racing season of unprecedented triumph. The stellar young jockey has placed herself amongst racing royalty as the first Victorian jockey in history to register 100 wins mark in a Victorian metropolitan season, and in doing so, smashing Brett Pebble's longstanding season record, set more than two decades ago. Kah has put the horse racing world on notice with her unrivalled ability to read the race and grasp the rhythm and tempo with ease. Her impeccable timing and patience has been the driving force behind the success of her record-breaking season, and has left racing enthusiasts in awe.