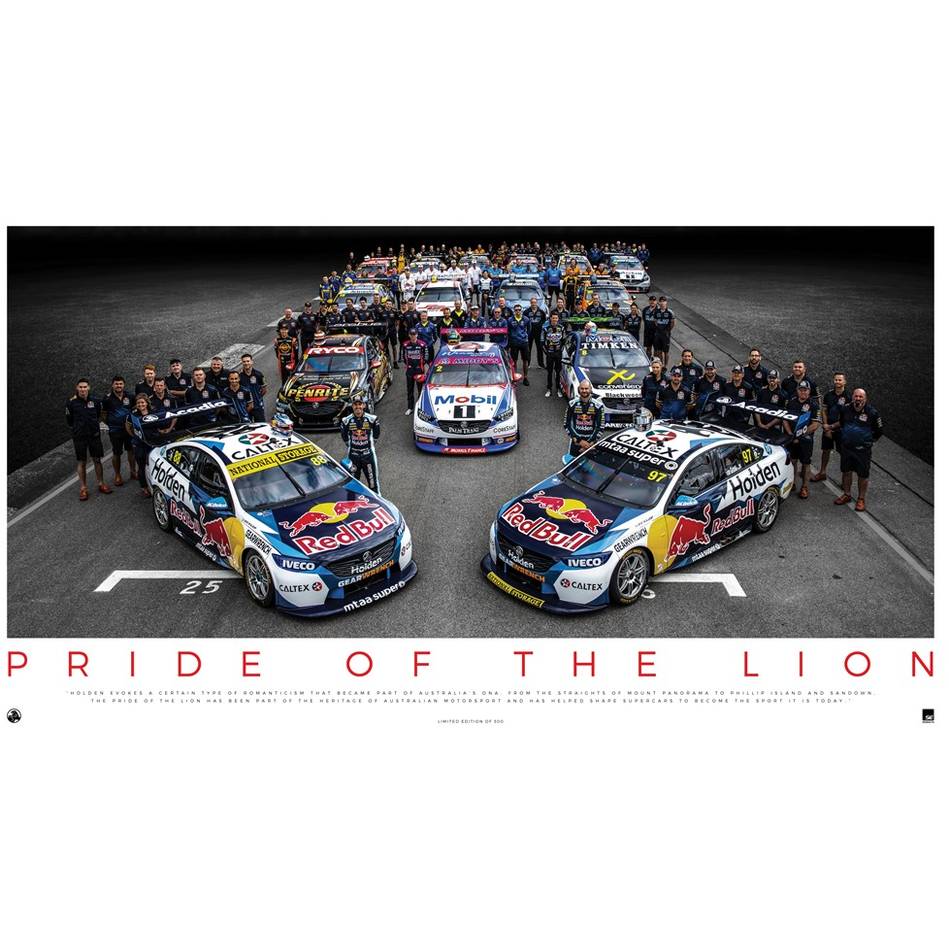 Holden ‘Pride of the Lion’ Print

Official Memorabilia, in conjunction with Holden, is proud to release ‘Pride of the Lion’, a stunning tribute to Holden’s esteemed motorsport legacy. This magnificent piece is limited to 500 editions and comes officially licensed and endorsed by Holden for your peace of mind.