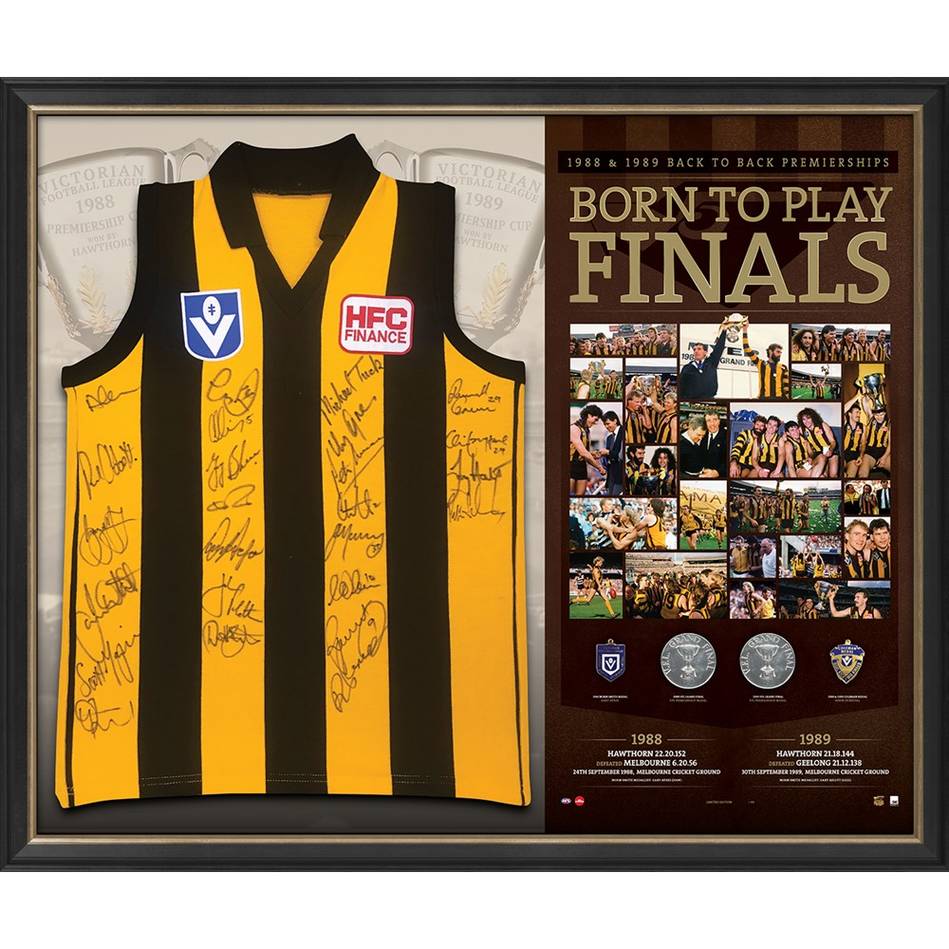 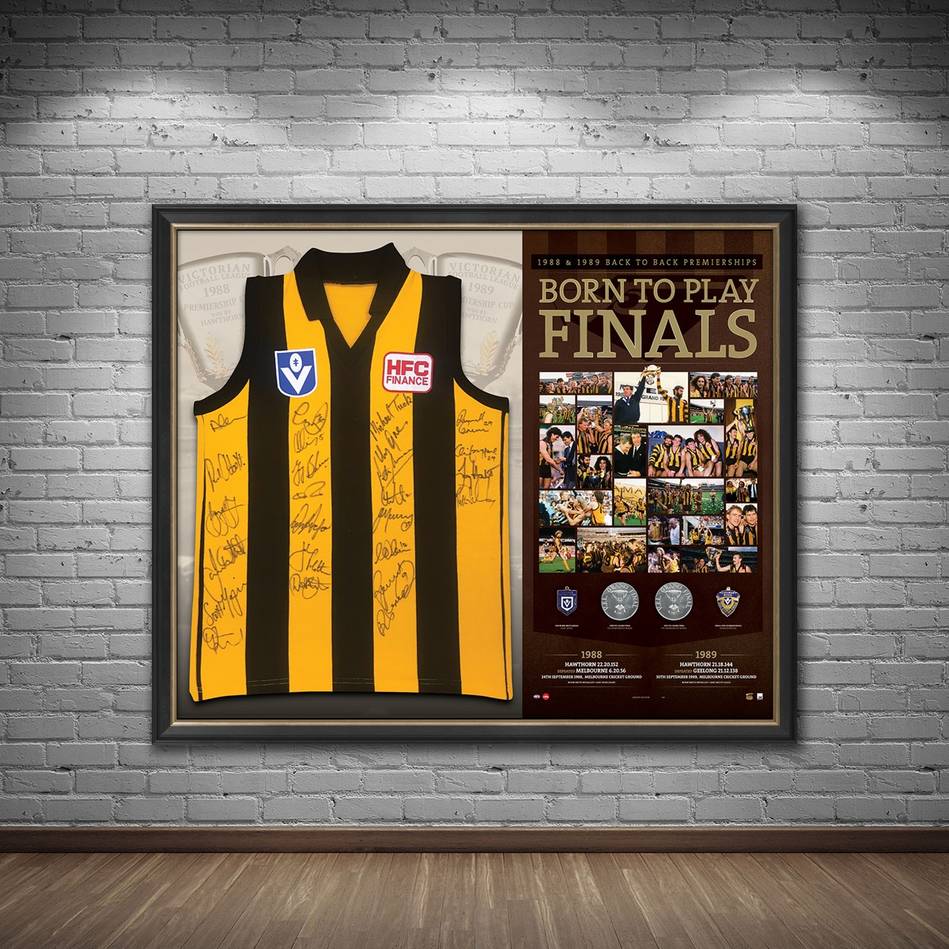 They were without a doubt, the team of the decade – and arguably, the team of the century. It’s unlikely that we will ever witness a period of football greatness as what Hawthorn achieved in the 80s, topped off with back-to-back Premierships in 1988-89. They had champions all over the ground – Jason Dunstall (three-time Coleman medal winner), dual Norm Smith Medallist Gary Ayres, along with Hall of Fame inductees John Platten, Robert DiPierdomenico (both Brownlow medallists) and Dermott Brereton – a line-up that proved formidable for even the toughest of opposition. This was no more evident in the 1988 Grand Final, which saw the Hawks seemingly end the game in the first quarter and a half, demolishing Melbourne by a record 96-point margin.

In what will go down as one of the greatest Grand Finals in the modern era, the 1989 decider saw the Hawks call on every last reserve of courage and strength to hold off the rampaging Cats to win by a solitary goal. There were acts of courage and bravery that will never be rivalled – from Brereton being cleaned up at the first bounce only to kick an inspirational goal moments later, to Dipper, battling through a punctured lung, laying a desperate tackle in the dying seconds with his life very much on the line. These acts of courage will go down in football folklore, and typified the make-up of this resilient Hawthorn outfit.