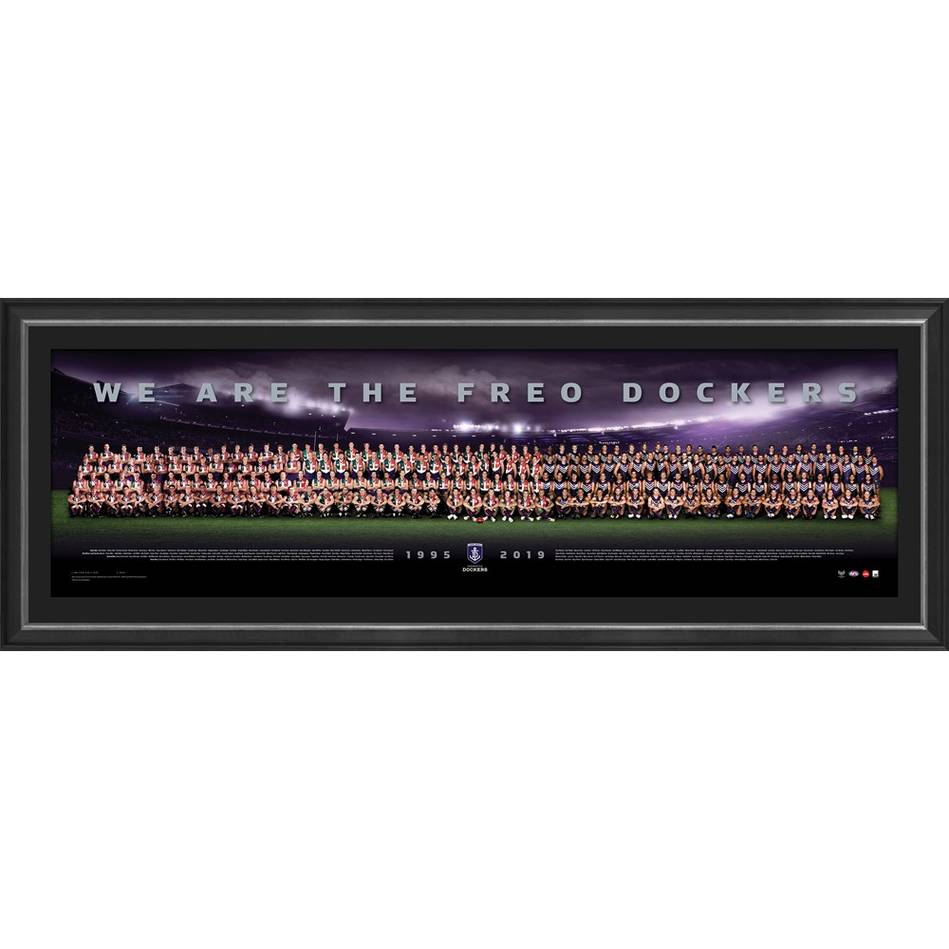 Official Memorabilia, in conjunction with the Australian Football League and Fremantle Football Club, is proud to release ‘We Are The Freo Dockers’, commemorating the players of the Fremantle Football Club spanning their 25-year history. ‘We Are The Freo Dockers’ represents a culmination of every single footballer to represent the Club at AFL level – all 224 of them. This stunning piece represents the club’s core beliefs in mateship and unity, with the team seated as one in a truly iconic display. Limited to 300 editions, ‘We Are The Freo Dockers’ is officially licensed by the Australian Football League and independently authenticated. This is a must have for the astute Fremantle fan or memorabilia collector alike – secure your edition while stocks last!