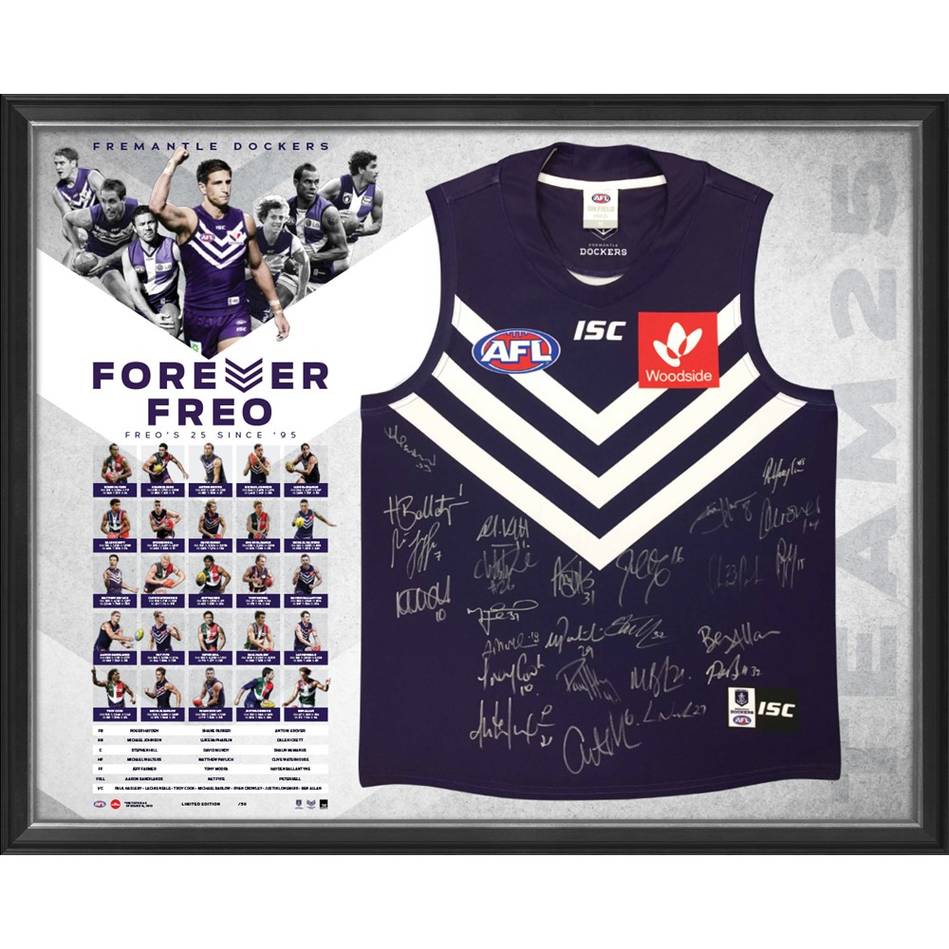 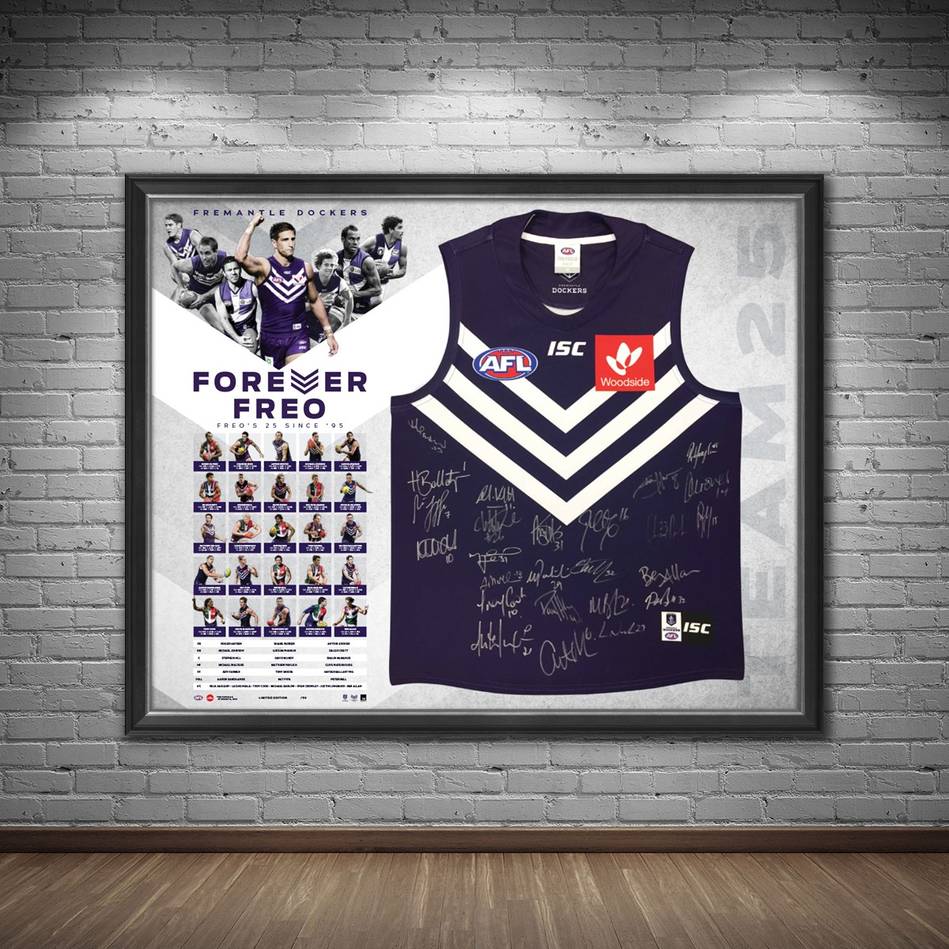 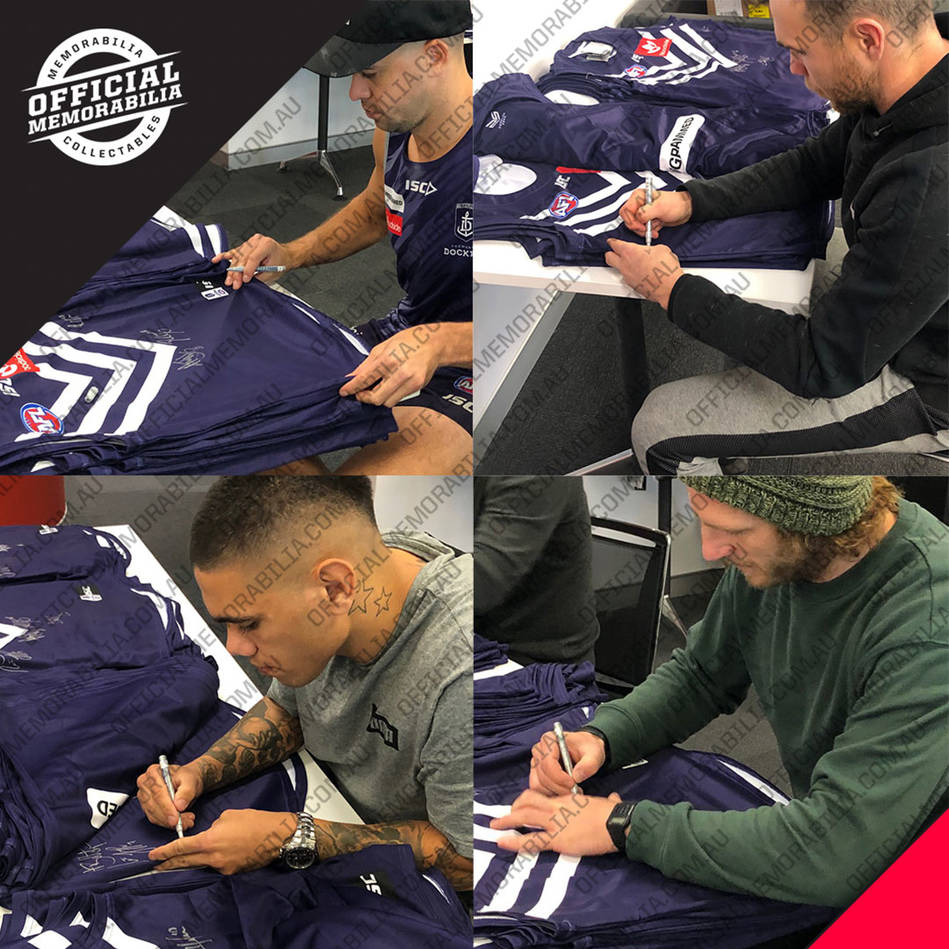 Official Memorabilia, in conjunction with the Australian Football League and Fremantle Football Club, is proud to release ‘Forever Freo’, commemorating the top 25 players of the Fremantle Football Club spanning their 25-year history. ‘Forever Freo’ comes personally signed by all 25 players named in the 'Team 25', and is limited to just 50 editions. ‘Forever Freo’ is officially licensed by the Australian Football League and is a must have for the astute Fremantle fan or memorabilia collector alike – secure your edition while stocks last!