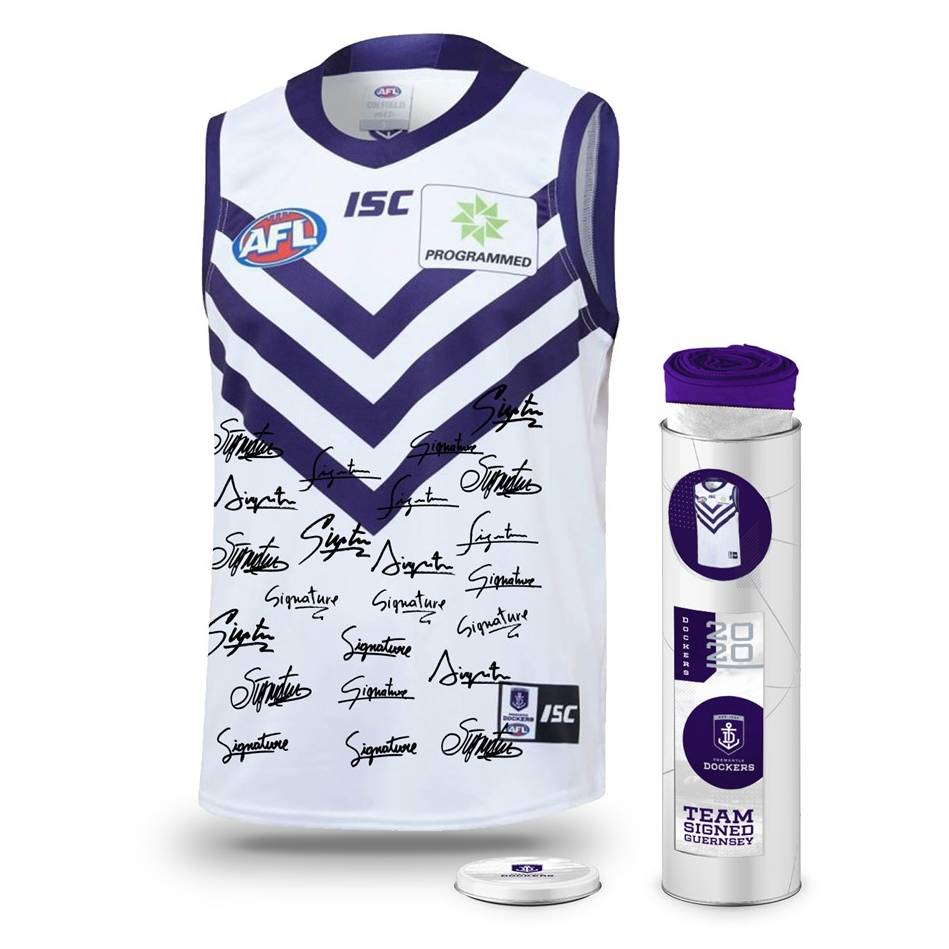 Official Memorabilia, in conjunction with the Fremantle Football Club and the AFL, are proud to release the 2020 Team Signed Guernsey. Personally signed by the Fremantle playing squad for the 2020 AFL Toyota Premiership Season, each guernsey comes officially licensed and endorsed by the AFL & AFLPA. It’s a must-have for all Dockers fans and astute collectors alike – don’t miss out, secure yours before this extremely limited stock runs out!