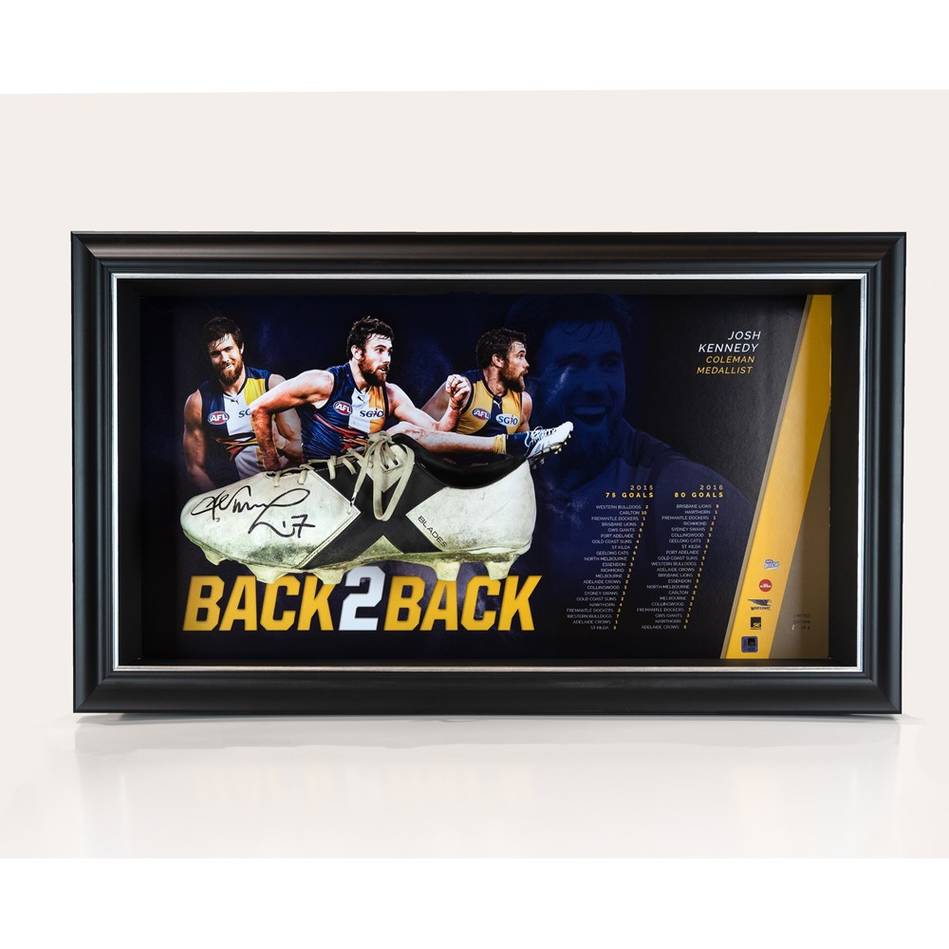 Auctions by Official Memorabilia, in conjunction with the Australian Football League and Josh Kennedy, are proud to offer an authentic Match-Worn Boot from the second of Josh Kennedy’s back-to-back Coleman Medal-winning seasons. Personally signed by Eagles’ dual-Coleman Medallist, this auction represents a rare opportunity for Eagles fans and astute collectors alike – don’t miss out!