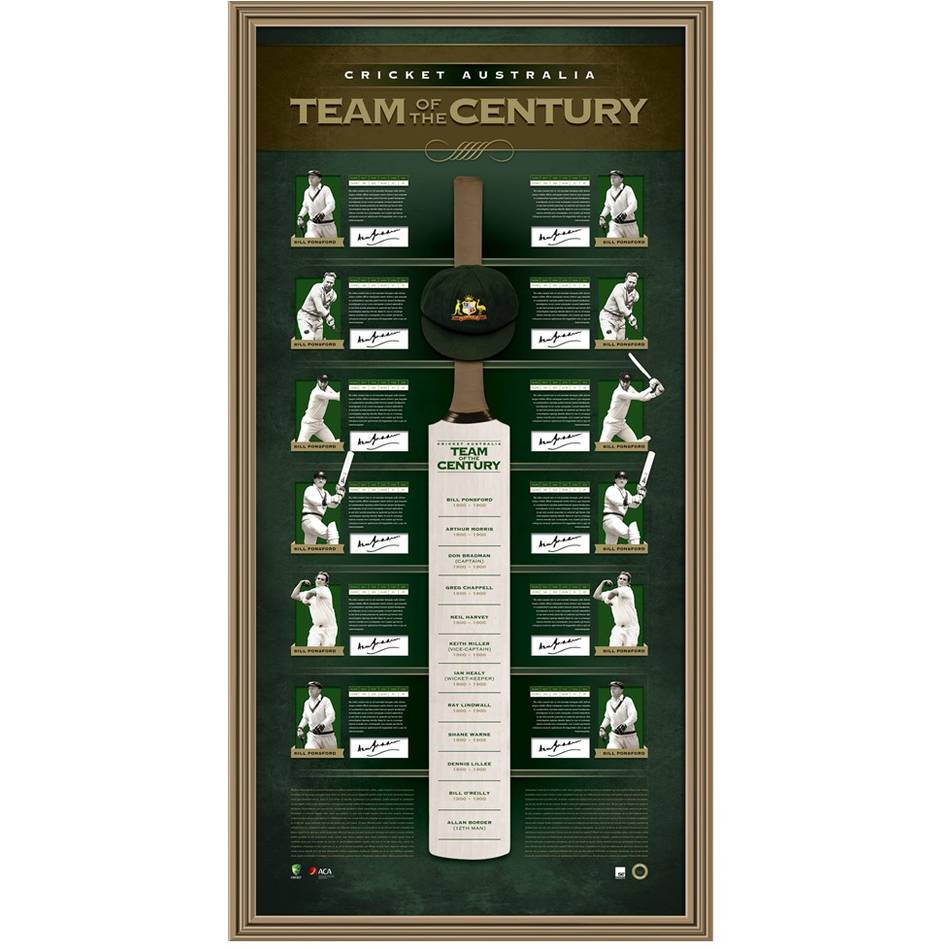 In 2000, the Australian Cricket Board celebrated the turn of the century by announcing the Team of the Century, a veritable 'who's who' of Australian cricketing legends. Each member of the Team of the Century has an extraordinary record, none more so than the great Sir Donald Bradman, whose Test average of 99.94 spectacularly overshadows that of any other Test cricketer in history. Joining Bradman in the team are:

Auctions by Official Memorabilia, in conjunction with Cricket Australia, is proud to offer for auction Edition #1 of Team of the Century . Edition #1 was the first edition produced out of the limited set of 20 editions and is a must have for any Cricket fan or enthusiast alike. Don’t miss out.