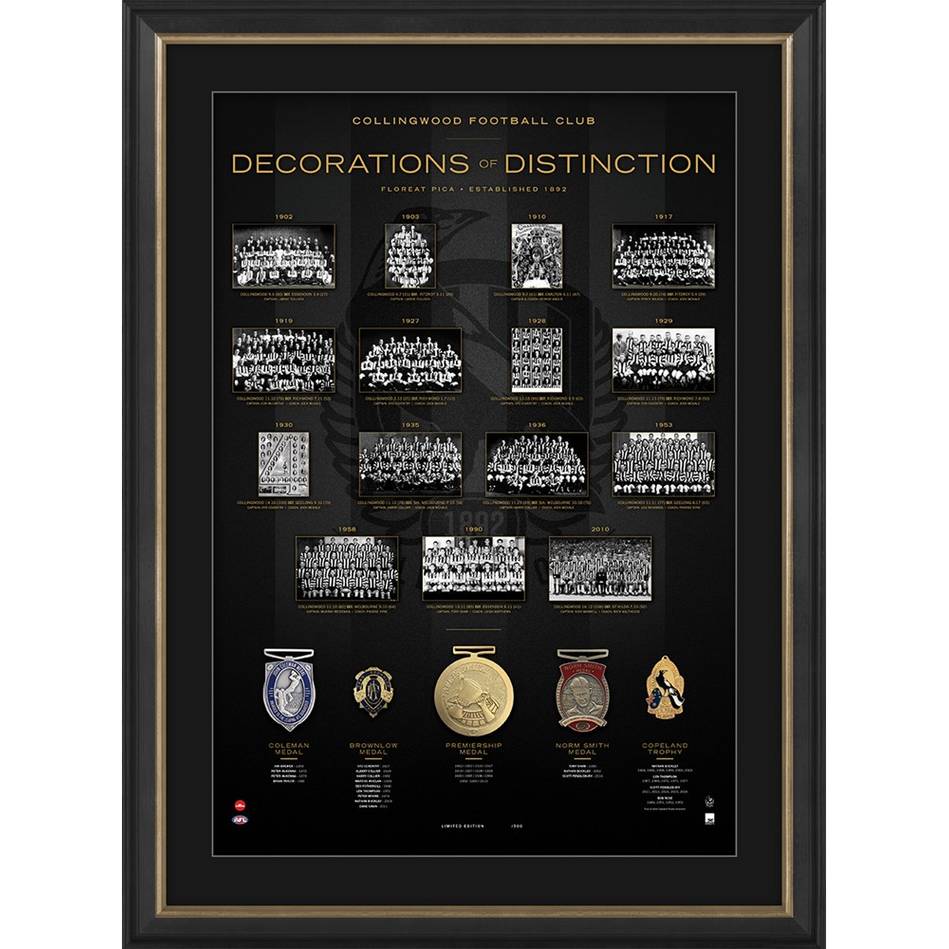 Official Memorabilia, in conjunction with the Collingwood Football Club and the AFL, is proud to release ‘Decorations of Distinction’. This magnificent piece pays tribute to the rich history of the Collingwood Football Club, capturing its Premiership history in pictorial detail, along with those recognised as Brownlow Medallists, Norm Smith Medallists, Coleman Medallists and Copeland Trophy recipients. Each edition presents with a complete set of replica medals paying homage to the highest honours on offer to a Collingwood footballer. ‘Decorations of Distinction’ is the definitive nod to individual and shared success for all Pies fans and astute collectors alike – secure your edition before stock runs out!