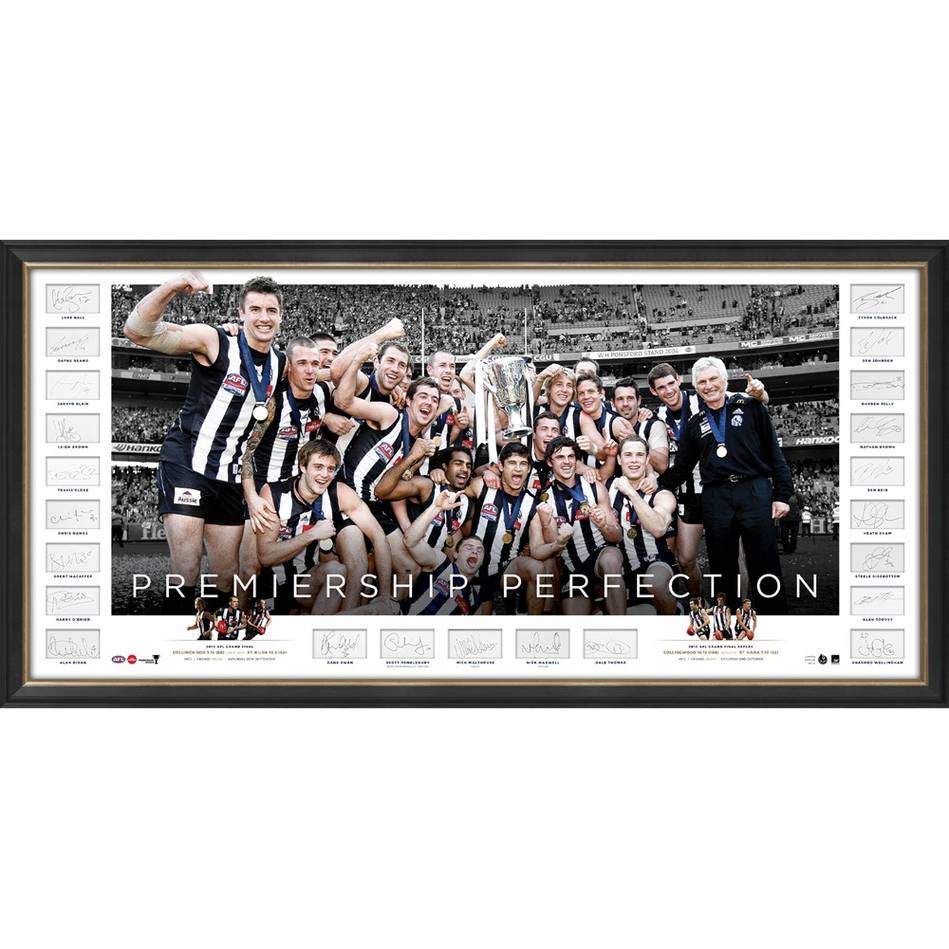 Two decades on from the drought-breaking triumph of 1990, it almost wasn’t to be. A dramatic, nail-biting draw in the 2010 Toyota AFL Grand Final gave rise to a week of nervous Magpies everywhere. They needn’t have worried, however, as Nick Maxwell and his troops produced a commanding performance over four quarters to thoroughly outgun and overwhelm an exhausted Saints outfit. Scott Pendlebury reigned supreme, winning the Norm Smith Medal in a stellar, assured 29-possession procession, while a staunch St Kilda backline was exposed and ultimately broken apart by no less than 11 individual goal-kickers for the Pies. It was clear that Collingwood’s victory was truly one for diehard fans young and old – as their second Premiership in more than half a century marked the moment a new generation of Magpies got to enjoy the taste of Premiership success.