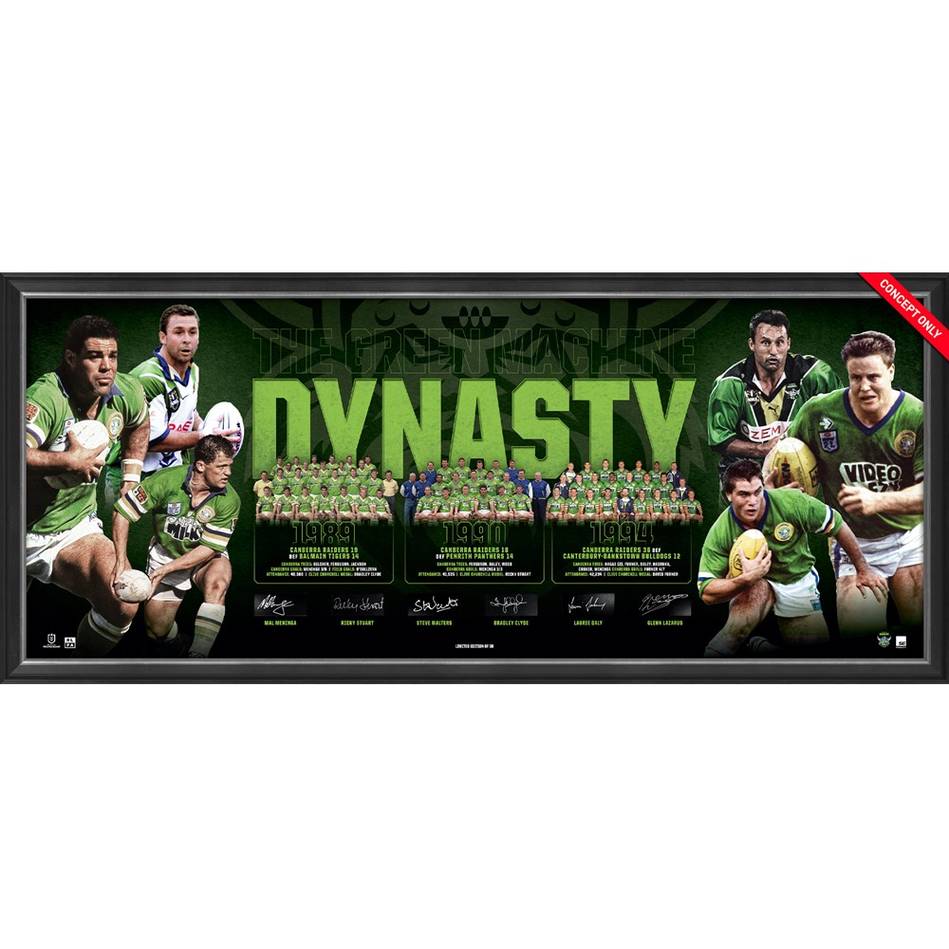 Official Memorabilia, in conjunction with the National Rugby League, are proud to release Canberra Raiders ‘Dynasty’. Personally signed by the club’s greatest players – names synonymous with individual brilliance and team triumph - Canberra Raiders ‘Dynasty’ is strictly limited to just 10 editions. Officially licensed and endorsed by the NRL, secure yours now to avoid missing out on your piece of Raiders history.