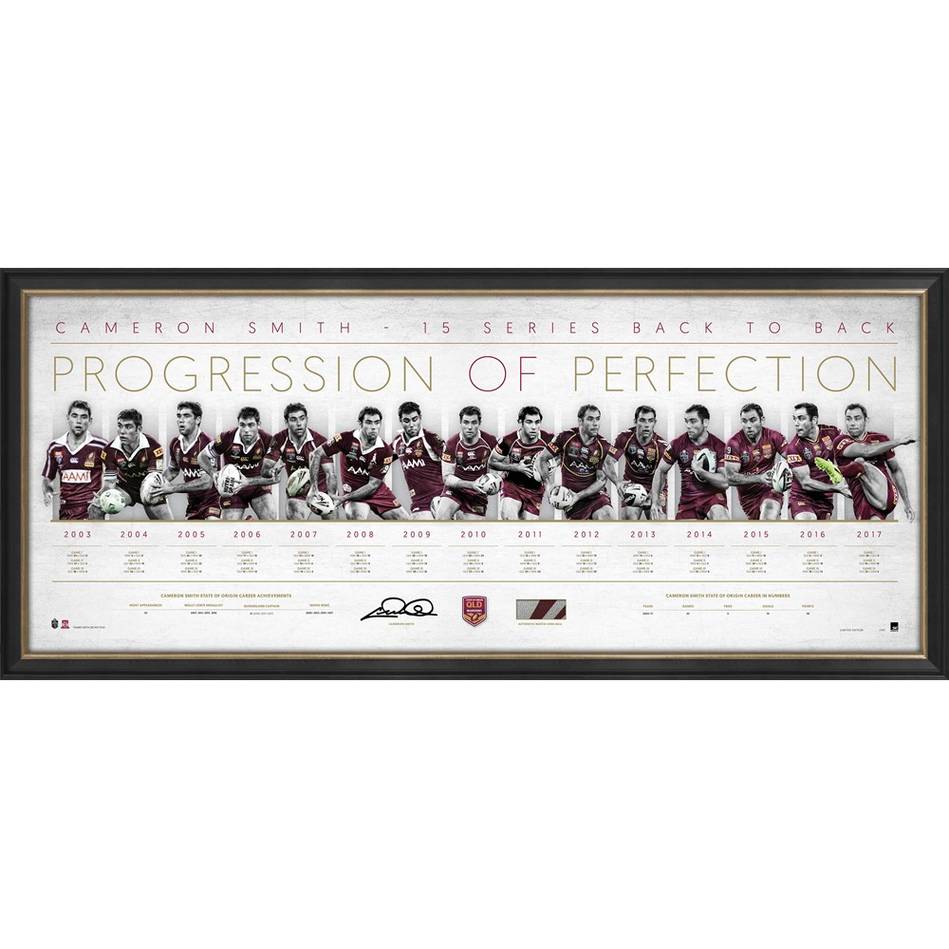 This year, the Maroons bade farewell to arguably the greatest player to don the famous jersey. Cam Smith was the driving force behind Queensland’s record breaking streak, and, having bowed out of the representative arena, he leaves behind perhaps the greatest Queensland resumé in the history of State of Origin – one that is unlikely ever to be matched. Perhaps his influence on the Maroons’ dominance is best summed up by coach Kevin Walters – “What he’s done for Queensland and Australia has been something short of a miracle; his performances through that time have been a benchmark for everyone who puts on that maroon jersey in his tenure there.”

Official Memorabilia, in conjunction with the NRL and Cameron Smith, are proud to release ‘Progression of Perfection’, a stunning pictorial timeline celebrating Cam Smith’s unrivalled representative career. Limited to just 109 editions worldwide, ‘Progression of Perfection’ comes personally signed by Smith, and comes officially licensed and endorsed by the NRL for your peace of mind. This limited quantity won’t last – secure yours now to avoid missing out on your piece of State of Origin history.