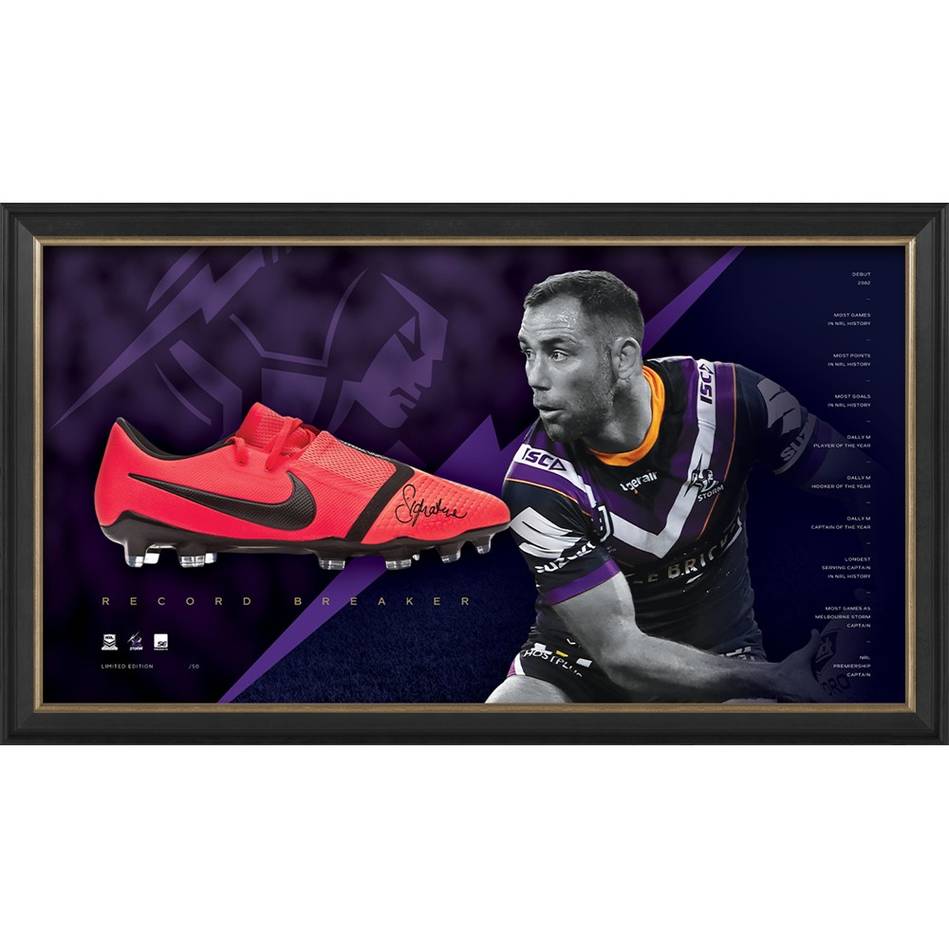 After 19 seasons as the game’s pre-eminent hooker, he farewells the game a lock… for Immortal. Official Memorabilia has extremely limited Smith signed memorabilia remaining from last year’s NRL Grand Final, celebrating victory in what would ultimately be his final match. Secure your piece now to celebrate the man Craig Bellamy described as ‘the best player the game’s ever seen.’