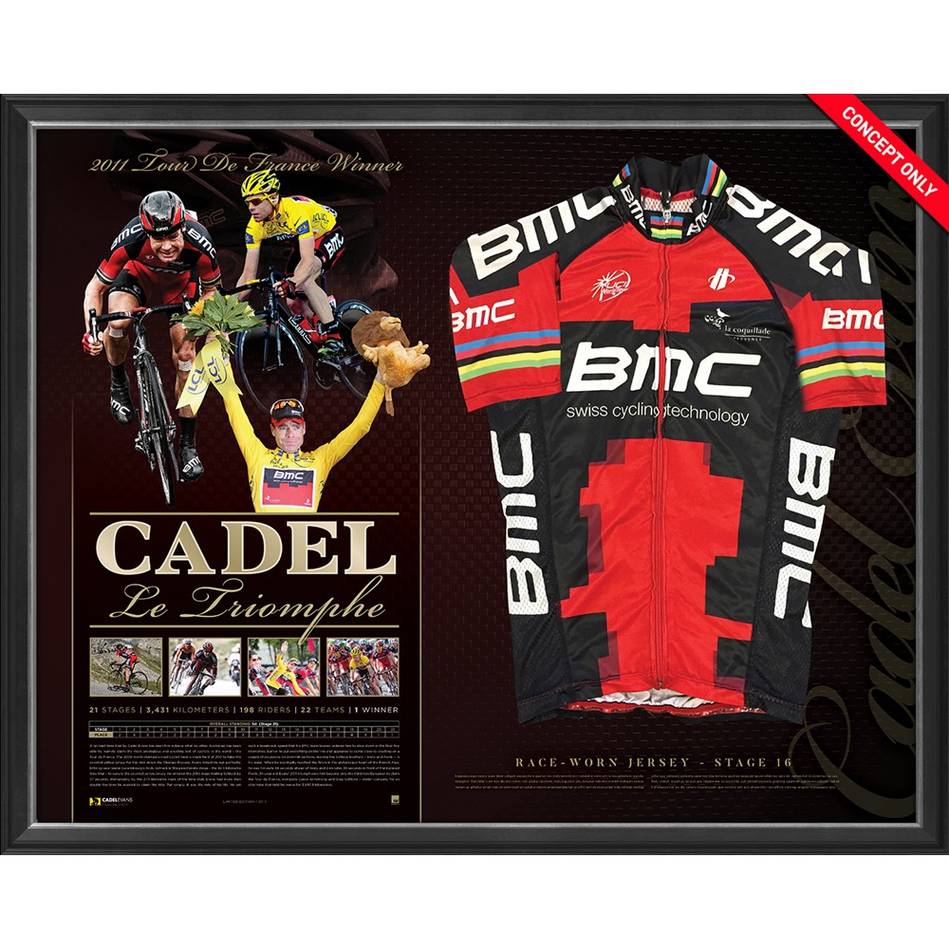 Made available to the public for the first time is the BMC jersey worn by Cadel in that incredible 16th stage prior to  becoming the first, and only, Australian to win the Tour de France in 2011. Cadel Evans has achieved the ultimate in his sport. Should you need a recap Cadel’s career highlights are as follows: