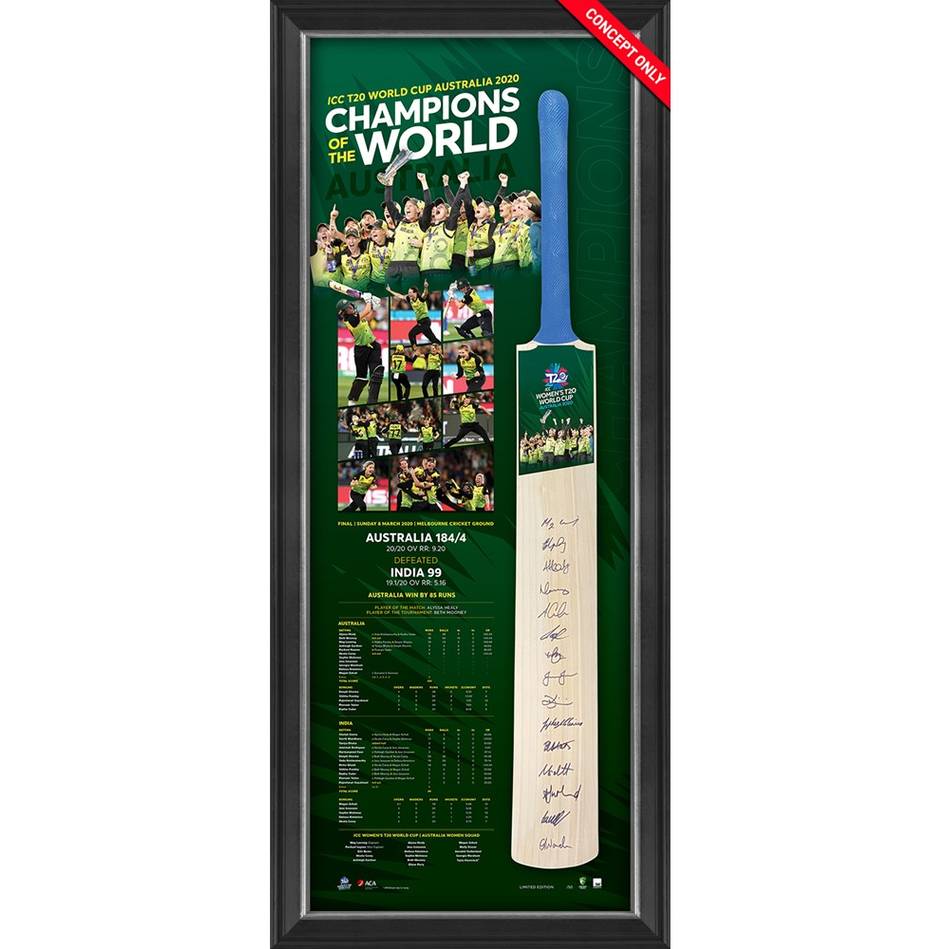 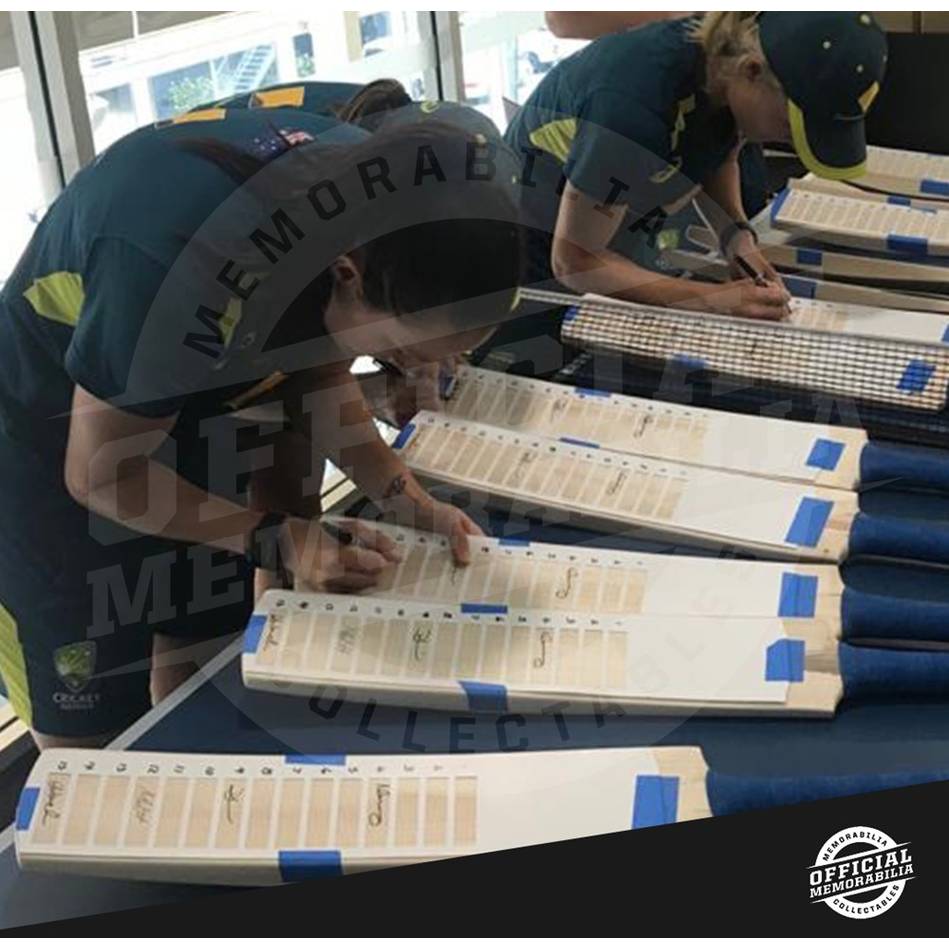 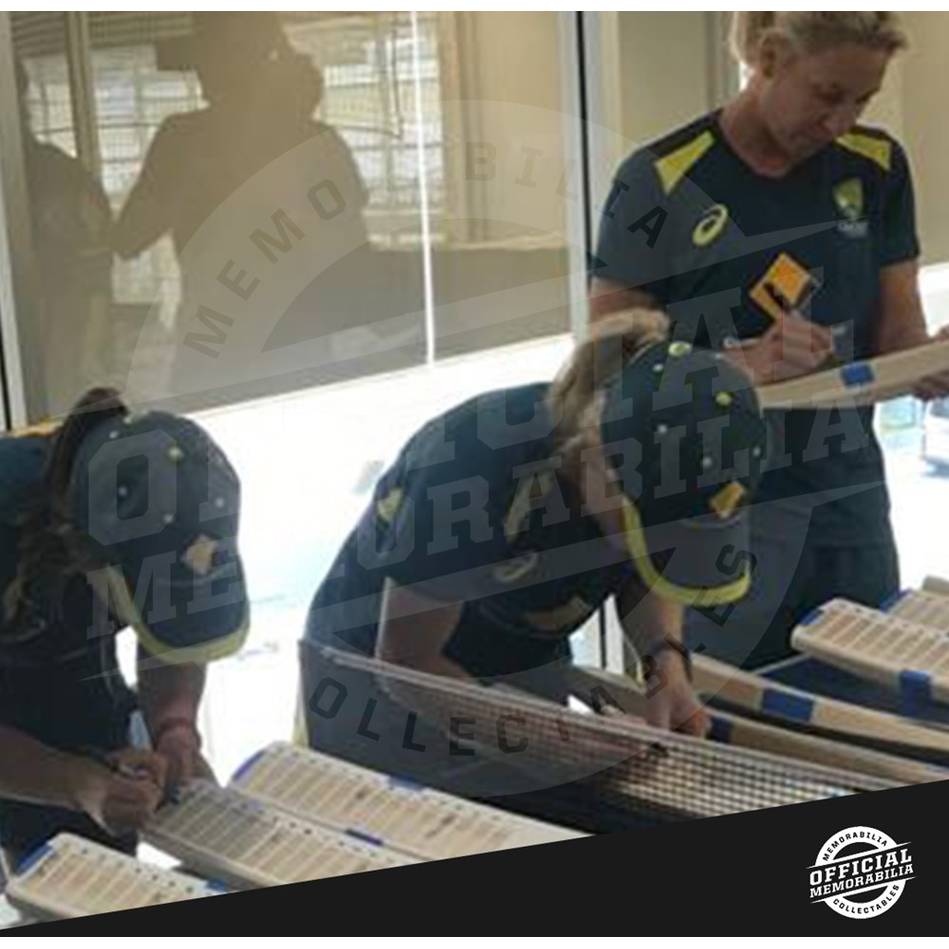 Official Memorabilia, in conjunction with the ICC, are proud to release the 2020 Women's T20 World Cup Champions Bat Display. Personally signed by all 15 members of Australia's triumphant World Cup squad, this magnificent piece is limited to just 50 editions worldwide. Don't miss out!