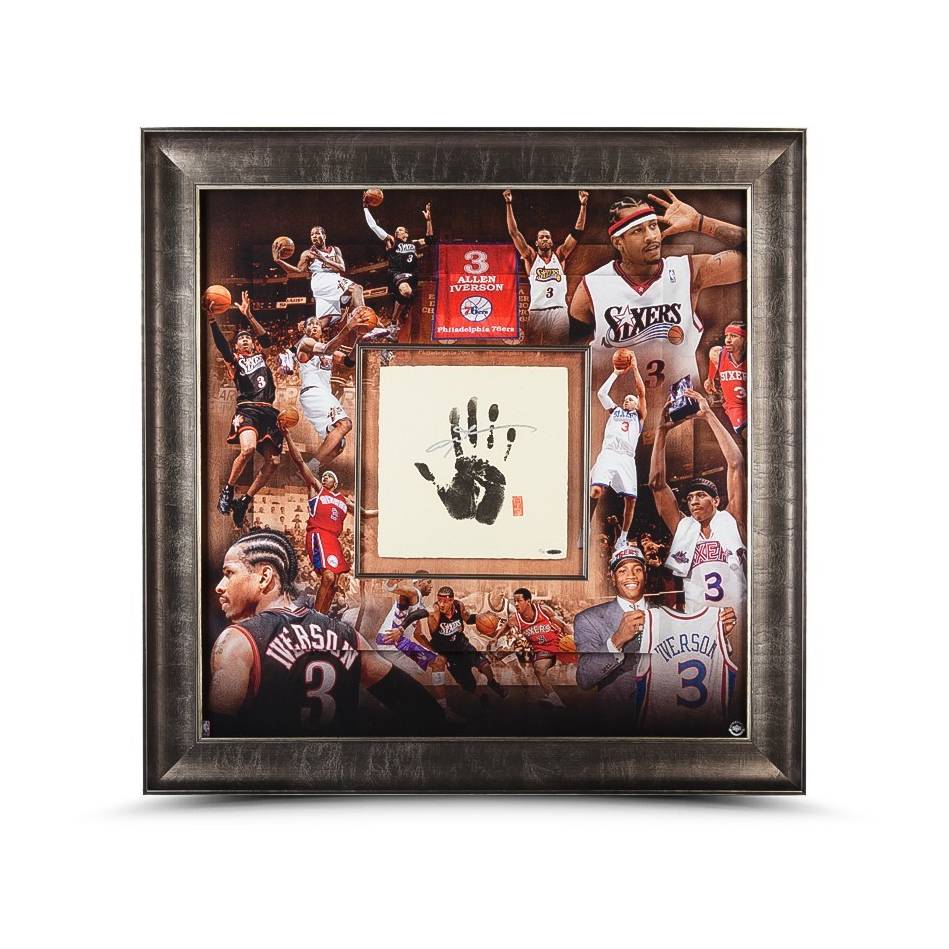 While the Sixers have featured some of the best players in the history of the NBA, perhaps none had as much of an influence on and a tie to the city as much as Allen Iverson. His career in Philadelphia is legendary not only for his greatness on the court but also for the way he embraced the City of Brotherly Love. The 2001 NBA MVP and 11-time All-Star had his number retired, entered the Basketball Hall of Fame in 2016 and is now one of a unique group of athletes to be honoured with a “Tegata.” Iverson is the latest in a short line of great athletes to be honoured with a unique autographed Upper Deck Authenticated “Tegata” memorabilia piece.